Mok Zining did the one thing we all thought about this year but could never actually commit to—she wrote a book during the pandemic. More accurately, she spent the early months of Singapore’s circuit breaker editing her debut poetry collection, which she had started writing over four years ago as an undergraduate at Northwestern University.

Entitled The Orchid Folios, Mok’s inaugural work is centred on uncovering exactly how Singapore’s hybridised orchid became an unmissable symbol of our face to the world—and what that entails. From its colonial history to its role as a national ambassador in its own right, Mok’s poems reveal what the hybrid flower reflects about our society. The book is full of intelligent yet poignant insights—an aestheticised hybridisation shared between the Vanda Miss Joaquim and Singapore’s brand of multiculturalism, for example.

“I think that it’s important to realise that Singapore is not a flower shop, and controlled arrangements can only go so far”

The collection is personal and encyclopaedic at the same time. You’ll hear Mok speak through the fictional voice of a florist interwoven throughout the pages, while glistening gems of knowledge about Singaporean history and culture stand out in her poems. The book treats its subject delicately—the orchid here is more than just a motif, it is an organism with a life of its own and an origin story that Mok’s disparate series of poems investigate.

Heavily researched and shockingly original, The Orchid Folios has shaped up to be more than a stellar collection of poetry—it is a new way of examining what we know of Singapore, through the lens of the beautiful flower we call our own.

Here, Vogue speaks to Mok on what inspired the book’s creation, writing during the pandemic, and her relationship with her homeland.

Where does your fascination with orchids come from?
I remember coming across an article on the Vanda William Kate—a hybrid orchid named after William and Kate of the British Royal Family—one day in early 2016. I thought that the practice of naming orchids after famous people (including the Obamas, David Cameron, Jackie Chan, Shahrukh Khan) was interesting, and so I did some preliminary research. Then I came across the phrase “orchid diplomacy,” and realised, “Oh, this is a whole thing!”

Did you know that Singapore hybridises hundreds of orchids each year? These hybrid orchids are said to be a great diplomatic gift because their hybridity is supposed to be a symbol of Singapore’s multiculturalism. Singapore is also the only country in the world to have a hybrid flower as its national flower. The controversy regarding Vanda Miss Joaquim’s origins (whether it’s a natural hybrid or an artificial hybrid propagated by Agnes Joaquim) was just resolving in 2015. The denial of Agnes Joaquim’s contribution was really interesting to me, and I wanted to find out more. From then on, I knew I was going to write about orchids. And over the years, the story has only gotten wilder.

“One of my biggest goals was to write about orchids and plant life without immediately reducing them to metaphor and symbol. I wanted to write about plants as actual living things”

Walk us through your journey of writing your first book.
Back in 2016, I was an undergraduate at Northwestern University in Chicago. I wrote perhaps five poems for a class I was taking, then put the project aside. I picked it back up in early 2019, when I was in the second semester of my creative writing program at the University of Minnesota. By then, I was a different person—my studies had taught me to think more critically—so I scrapped all the work I had done on The Orchid Folios and started fresh. After working on my new drafts for around three to four months, I sent it out.

I spent April to June of this year revising and editing this book. Writing during the Circuit Breaker had its unique challenges, because everyone was working from home and my niece and nephew couldn’t go to childcare. I had also had to leave the US abruptly in mid-March, so altogether it was quite a confusing and stressful few months. However, having to work on the book during isolation kept me sane. It felt good to have something I could throw myself into, something that is entirely unrelated to the pandemic. The editing process was tough, but I had the help of Arin, my editor, and Divya Victor, my mentor, who sees right into the heart of things. In the process of editing, I also learned how collaborative writing truly is, and I was excited and grateful to see that there were there were people who saw the value in both my writing and in the vision of the project.

What were the biggest challenges you faced while writing the book?
Writing fiction (the florist’s story) was by far the biggest challenge. I knew that the florist’s thread had to be fiction, and not nonfiction, because of the way the prose pieces were interacting with the other material in the book—specifically, the various threads in the book (e.g. “Floristry Basics”, “Exemplary Arrangements”) suggested that the voice of the prose sections were the voice of a florist. And since I am not a florist, I decided to take more fictional license. 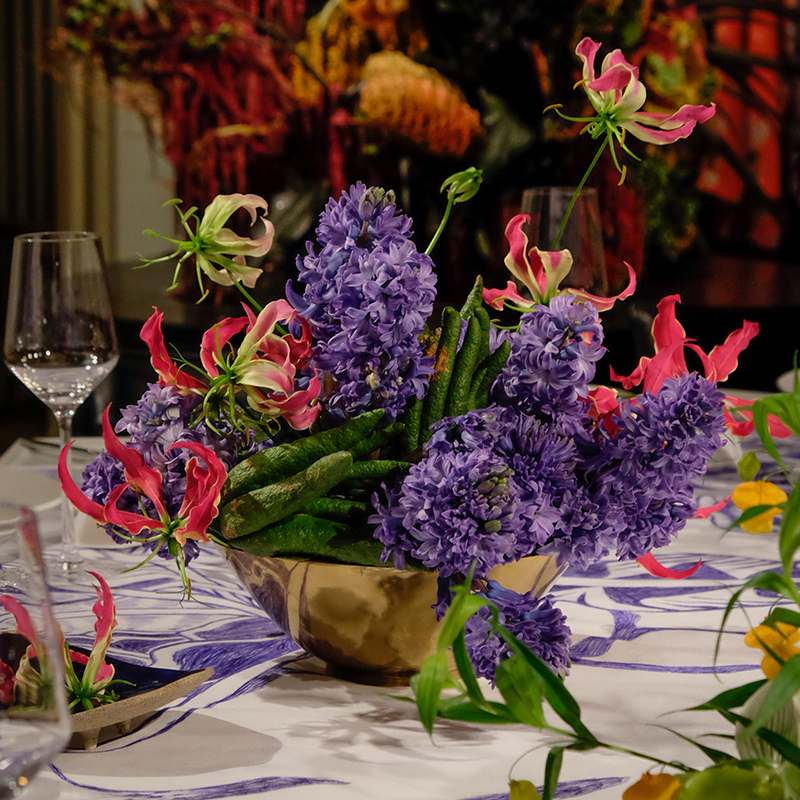 Negotiating the line between my desires to do rigorous research and take creative license was a huge challenge. This book was heavily researched, and throughout the research process I felt like a fraud, because I felt like didn’t have enough expertise as a non-academic. In the end, however, I realised that I had to stop doing research in order to write.

In your research for the book, what were the most interesting pieces of Singapore history you came across?
I was fascinated with the history of the Singapore Botanical Gardens (SBG). As a colonial institution, the SBG was one of many horticultural institutions established to help imperialists collect and exploit the natural resources of the colonies for the British Empire. In Singapore, the most well-known example is the rubber industry. When the British learned of the uses of the Hevea brasiliensis (the Brazilian rubber tree), they wanted to make a whole industry out of the resource. Initially, they tried to grow rubber trees at the Royal Botanic Gardens, Kew, but failed, and so they sent some seedlings to Sri Lanka and Singapore, hoping that the climate in South and Southeast Asia would be more conducive.

“Officially, Singapore has a conception of multiculturalism that’s reductive and selective, like an arrangement of cuttings”

In Singapore, Henry Ridley—who was the director of the SBG from 1888-1911—spent years both experimenting with propagating rubber in the Straits Settlements and convincing people of the crop’s value. In 1906, the demand for rubber skyrocketed due to the motor industry, and by 1920, Malaya was supplying half of the global demand for the material. This cash crop changed our landscape irrevocably, as forests had to be cleared for rubber plantations, a practice that continues to have huge environmental implications today. In addition, the plantation owners tried to keep their costs to a minimum by participating in the Empire’s exploitative global “coolie” trade, which has shaped a huge part of our migration history.

Several pieces in the book centre on the theme of multiculturalism in Singapore. What are your thoughts on this subject and how does your book bring this across?
Officially, Singapore has a conception of multiculturalism that’s reductive and selective, like an arrangement of cuttings. It’s an aestheticised hybridity that doesn’t capture the complex, lived realities of “multiculturalism” in Singapore. Just saying that Singapore is “multicultural” is not enough. We must ask, how exactly are we “multicultural”? What are some of the cultural exchanges that are taking place? Is it assimilation? Appropriation? Do our narratives and policies create privileges for certain groups of people over others? We must look deeper than the concepts of CMIO and racial harmony. In addition, Singapore’s narrative of multiracialism is actually a very neocolonial construct that has contributed to the erasure of the voices and bodies of the people indigenous to this land.

I go into detail about these thoughts in the endnotes, where  I talk about the colonial roots of our idea of multiculturalism, the neocolonialism and orientalism of our current discourse, and the economic agenda that these narratives have. I also discuss research on the bilingual policy and the ways in which it creates a Chinese privilege.

How are orchids connected to colonialism?
Many of our narratives in Singapore are inherited from colonialism. It is important to recognise that the orchid was an exotica in colonial times, and that there are many endangered orchid species due to the destructive practices of orchid hunting that became a “sexy” thing to do for Europeans. In other words, the orchid was an object through which colonialists encountered the “exotic” cultures of the colonies. To be clear, I don’t mean that the Vanda Miss Joaquim shouldn’t be our national flower because of the history of the orchid. I just mean that we must learn to recognise the ways in which the orchid has circulated in the Empire during colonial times (for example, page 28 is a good example of how this circulation was rigged to benefit the Empire) and not reproduce those relationships. This is especially important as colonial history is very marketable.

The floristry metaphor is woven through from start to end. How does it relate to the messages you are trying to convey in your poems?
During the earlier stages of drafting, I spent a lot of time reading etymology and dictionary entries. I was really struck by how words develop, and I realised how, so often when we use a word, we’re only activating one of the many meanings that the word carries. That’s where “A word is a cutting” came from. The language of arrangements provided a frame for me to think about how historical narratives are crafted, trimmed, and arranged for specific agendas. I think that it’s important to realise that Singapore is not a flower shop, and controlled arrangements can only go so far. One of my biggest goals was to write about orchids and plant life without immediately reducing them to metaphor and symbol. I wanted to write about plants as actual living things.

Your poetry is laced with both scepticism and fondness for Singapore. How do you marry these two qualities in your writing?
I don’t think that these are qualities that need marrying. It would be dishonest if I felt only fondness for or scepticism of Singapore. I feel this way about most things that I like. For example, I love ballet, but I’m also sceptical of its elitism, heteronormativity, and orientalism.

If you had to choose one favourite poem in the entire collection, which would it be?
Definitely “Floristry Basics: Cuttings”. This is the poem that started everything.

The Orchid Folios is available for preorder at Ethos Books from now till 30 October, and comes with a handcrafted pressed flower bookmark and a complimentary e-book. 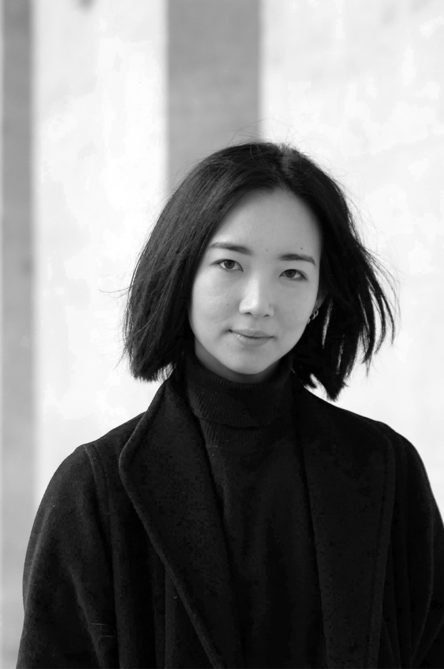 Reading list: The best books by Asian authors in 2020 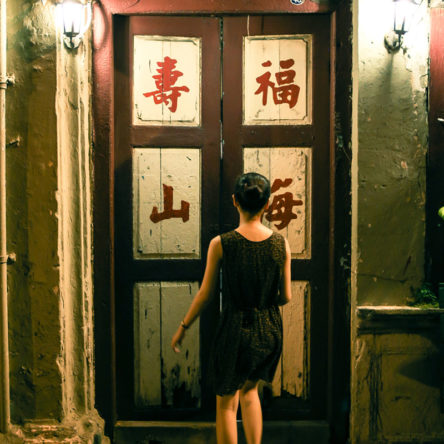