In recent years, this industry has frantically sought ways to engage a new generation in a manner that often feels as though it has come from C-Suite boardrooms rather than authenticity—from megabrands launching TikTok accounts, to meticulously-managed “drop” strategies and logo-emblazoned hoodies (after all, isn’t that what Gen Z likes?! Slogans and social media?!). But Matthew Williams is a designer who, over the past decade of his career, has stood at the forefront of the zeitgeist—even if, for many, he’s appeared somewhat behind the scenes.

From working alongside Kanye West, Lady Gaga, and Virgil Abloh (they were both part of streetwear collective Been Trill), to launching his own brand Alyx (which has a fervent following alongside the endorsement of everyone from Drake to Bella Hadid), his cultural impact is seismic—and is the same sort mirrored by his close friends Kim Jones and Abloh. His appointment as Givenchy’s creative director clearly heralded a new era for the brand, in the same manner that theirs did for Dior, Fendi and Louis Vuitton—an LVMH decision clearly designed to align the revered couture house with a new audience. It’s a sentiment consolidated by his debut collection, which will appeal to them as well as it will those seeking some standout glamour. Here’s what you need to know.

Williams is determined to democratise the maison’s appeal

When Williams was appointed at Givenchy, the announcement was made via voice note. Then, the first imagery he unveiled—a Nick Knight-lensed clip of a photocopier printing endless padlocks—was soundtracked by Playboi Carti, who pronounced the word Givenchy myriad different ways over a beat. “It doesn’t matter how you say it,” was the designer’s message, continuing to explain that, “any way is right, as long as it’s your way!” It’s an inclusive philosophy not regularly associated with the ivory tower of esteemed couturiers—but certainly one that has marked Williams’s career thus far. Equally, there isn’t a designer more beloved by rappers across the globe—Drake is his number one fan (Alyx gets namedropped abundantly in his songs); Skepta is a front row favourite; Lancey Foux appeared in the lookbook; Carti is another of his closest friends. If he manages to direct the power of their co-signs towards Givenchy, the impact will be gargantuan—and extend far beyond Paris’s Left Bank.

Padlocks are the new logo

The aforementioned padlocks have been the focal point of Givenchy’s Instagram teasers, appearing in endless variants. Williams’s buckle (hardware adapted from the seatbelt fastenings at Six Flags themepark) was his Alyx trademark, and then his collaboration with Kim Jones at Dior Men’s saw it turned into the ultimate Gen-Z status symbol. Now, the padlock is clearly what he’s pointing us towards—and, used both as decoration and fastenings, it is simultaneously an allusion towards his long-standing utilitarian proclivities and the Parisian romance of Le Pont des Arts (to which tourist couples affix their own sorts in a gesture of eternal love). “It’s no secret that I’m really into hardware, and that’s what I lay the foundation for when I start a new project,” he explains. “The locks are symbols of love and interconnectedness and my commitment to Givenchy.” Sweet—and curiously desirable.

He paid proud homage to his predecessors

“Riccardo Tisci, John Galliano and Lee McQueen were such informative figures in my education of fashion. I looked up to everything they did so much, so it’s inherently in the way I think,” noted Williams in a preview—and their respective signatures at the house were recurrently reconsidered in homage. McQueen’s horn heels provided the foundation for minimalist pumps and three-toed sandals (“I’ve always been obsessed and now I get to do mine”); Galliano’s crystalline transparencies were made minimalist and modern; Tisci’s sexuality and streetwear sensibility injected throughout (as well as his iconic Antigona reworked excellently). Hubert de Givenchy’s looped drapery and open backs played out as cool eveningwear—but punkishly embellished, or with T-string thongs protruding, and will possess plenty of new-gen Instagram appeal. “This is a new beginning, yet is intermingled with elements of the archive and is a utilisation of Givenchy’s distinct lineage, pointing to the past, present and future,” said the house in a statement. In an age where plenty of creative directors appear determined to erase any conceivable allegiance to their brands before their arrival, it was particularly lovely to see Givenchy’s past chapters so directly celebrated.

The clothes served up modern chic

While Alyx can err on the side of austerity, at Givenchy Williams has gently pivoted towards a slightly more irreverent sensuality. There remains plenty of the sleek, slick tailoring one would expect from him; the high-concept pagoda jackets; the streetwear-friendly outerwear and technical denims (resin coated or paint-splattered, it’s expertly executed). But there’s also a new chapter painted in vibrant colours: tomato-red knotted halter-tops and draped dresses; artfully crumpled, bubblegum-pink trousers; a standout floor-length yellow number. It didn’t feel as strict as plenty we’ve seen from him, and, imbued with the twisted, ’90s insouciance which remains fashion’s favourite, ought stand him in good stead. “You find the pieces of the puzzle for a collection, building it from symbols and signs, but never forgetting the reality of the person who will wear it and bring it to life,” expressed Williams. “The women and men should be powerful and effortless, equal and joyful, a reflection of who they really are—only more so. It’s about finding the humanity in luxury.” Who isn’t sold on that?

The accessories were major

There were tough leather crossbodies; the Antigone reworked; endless iterations of the new Cut-Out style—essentially, the bags were abundant and appealing. The footwear was very good too: from the aforementioned horn shoes to the Yeezy-spirited slides; the easy leather pumps and the retro-futuristic platform sandals. Givenchy-branded water bottles are a surefire hit (Williams is staunchly sustainable in his approach to this industry; it will be interesting to see that play out here), but some of the best accessories came in the form of jewellery. Sparkling chunky chains formed of interlocking Gs and skinny belts dangling tons of padlocks are the perfect entry point pieces for the Williams fans unable to go full look. It’s a banging start. Let’s see where he goes next. 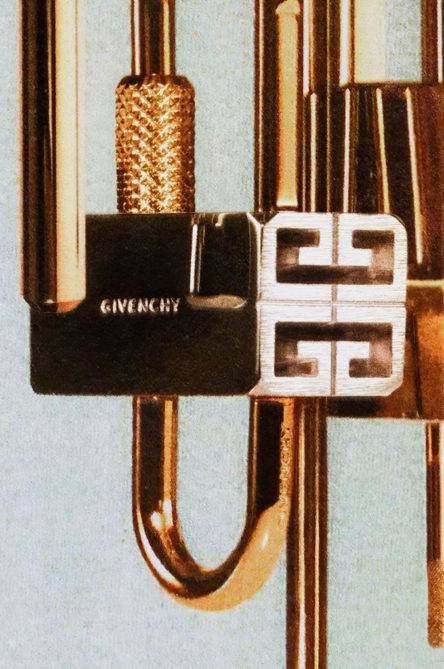 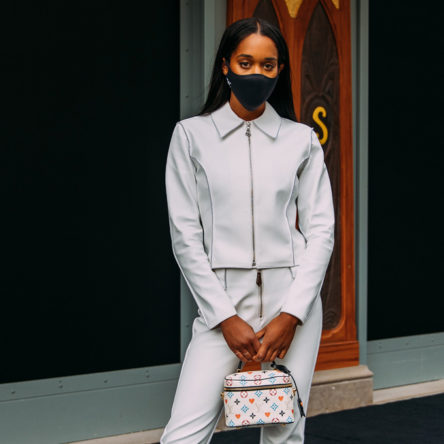 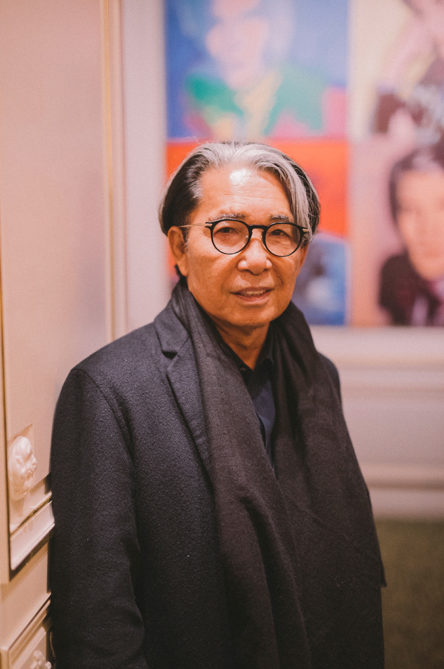 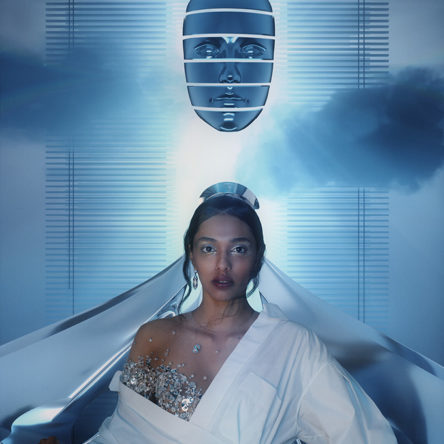