It isn’t easy being Lili Reinhart. The 23-year-old Ohio native became a superstar with her role as Betty Cooper on teen drama Riverdale (2017 to present)—a global hit that earned her a legion of obsessive fans and more than 24 million Instagram followers—but the glare of the spotlight has intensified over the last three years.

In 2020, in the midst of the pandemic, Riverdale temporarily shut down production and rumours began to swirl that Reinhart’s relationship with on-screen love interest Cole Sprouse had come to an end. But, the actor didn’t retreat—instead, she spoke openly on Instagram Live about suffering from anxiety, protested in support of Black Lives Matter and threw herself into her work, both in front of and behind the camera.

In her next project, Richard Tanne’s romantic drama Chemical Hearts, she is both the star and an executive producer, playing mysterious transfer student Grace who is assigned to co-edit her high school’s newspaper alongside Henry (Austin Abrams). The pair are drawn to each other, but Henry soon discovers that Grace is grappling with grief and harbours a deep, dark secret. It’s a deliberate change of pace for Reinhart who keeps upending the expectations of critics and audiences, as she recently did in Lorene Scafaria’s explosive crime romp Hustlers (2019). And if that isn’t enough, the actor has yet another launch to look forward to. In September, she is due to publish her debut collection of poetry, Swimming Lessons, which features evocative musings on love, loss and fame.

Chemical Hearts was released a couple of months ago on Amazon Prime, and we spoke to Reinhart about taking control on set, hoping her fans don’t read too much into her poetry and the highly anticipated fifth season of Riverdale.

Chemical Hearts marks your first credit as an executive producer. What was that experience like?
“I was involved from the beginning. While I was filming Riverdale, the director of Chemical Hearts, Richard Tanne, met me for breakfast and talked about the project. We both wanted to tell this story of young love, but we didn’t want it to be a teen movie. It needed to feel grounded. Richard wrote the script and I helped a bit with the dialogue. We did chemistry reads and found Austin [Abrams] to play Henry. He’s wonderful and I’ve known him for eight years. We did a film together when we were 15 called The Kings of Summer [2013]. We’ve been in and out of each other’s lives.”

What drew you to Grace as a character?
“I wanted to get as far away as I could from Betty Cooper. I play Betty for nine months of the year and that’s great, but in my off time I want to do something different. I want to have a career that lasts my entire life and I felt like it was time for me to step into a new space. That happened with Hustlers too, but to do that in more of a leading role was important to me. Playing Grace required a delicate balance. She’s broken and grieving but Henry falls for her because there’s still this spark inside her. Getting into character was a fun process. I was watching horribly sad movies and reading sad poems on set everyday [laughs].”

Do you think Riverdale fans will be surprised to see this different side of you?
“I just hope that people see me as a film [actor]. That’s my passion and this film means a lot to me so I’m nervous and excited to send it out into the world. I hope people love it.”

Are you planning on producing more films?
“I’m already in the midst of producing and starring in a Netflix film, hopefully for next year. I love being a producer! I’m the kind of person who likes control. I’m not a control freak but I like to know that my opinion matters and that it’s being heard. And, I think I’m good at it. On Chemical Hearts, I had a lot to give. I was involved in everything: helping with the script and casting, watching cuts of the movie after filming and giving my opinion, helping with the trailer and poster. It’s funny because looking back on my other films, I always tried to be more involved in any way that I could because I love the industry. Now I’m like, ‘Oh, dope! I can get used to this!’”

You’re also set to release your first book of poetry, Swimming Lessons. Is that nerve wracking?
“It’s a very vulnerable thing to put your writing out there, much more so for me than acting. Plus there’s a warning at the beginning of the book that says that some of these poems are stories—they’re not real. I felt like I needed to put that in because I don’t want people trying to connect dots or wonder if things I describe actually happened. I was cautious about that because I know people are going to be picking up my book and trying to get an inside scoop on my relationship status. A lot of people who are fans, or claim to be fans, are a little obsessive about my personal life and will try to dig deeper, but I hope generally people can read the book and relate to it.”

When did you begin working on it?
“Some of the poems are four years old. Half of them were ready when the idea of publishing a book first came about, and then I finished it and worked with an editor. I’ve been writing so much since then that I’m basically ready to have another book come out! So, if Swimming Lessons does well, there will be another one on the horizon and I think it’ll be longer. I’m excited to see where this line of work takes me. Being a poet, being a producer—it’s something I never thought I’d do. It still feels weird to say, but maybe that’s me having imposter syndrome. It’s been a wild ride.”

Do you hope readers will find comfort in your poetry?
“That’s exactly why I’m publishing it. I could have kept these poems to myself, but what’s the point of that? If someone can read something I wrote and it makes them feel less alone in the world, then I would love to give them that. I talk about heartache, sadness and emotions that some people wouldn’t want to put out there so I hope picking up this poetry book can be therapeutic.”

Have you felt creative during this period of quarantine?
“I think I’ve found it hard to do anything during this period, but I have found creative outlets. I was writing last night and I did a quick Instagram Live of me reading poetry because I was bored. At the beginning of the pandemic, I was reading a lot of self-help books and trying to take advantage of the time that we now have to reflect and look inwards.”

You’ve also spoken about your lockdown anxiety. What has helped you get through it?
“If you have gone through this pandemic without feeling anxiety, then I don’t understand you. I’m an anxious person and the past few months have not been easy. I’ve taken it upon myself to deal with my emotional wounds and trauma. I’ve been doing weekly therapy and having conversations with my close friends. I’ve had severe anxiety and depression dealing with the loneliness and lack of work. It’s been difficult for everyone and we’re all just trying to figure it out. I’m trying to write, walk my dog, work out on the elliptical and cook for myself. I’m doing the best that I can.”

What are your hopes for the future after this period of reset?
“I hope that the Black Lives Matter movement and what’s happening in the US right now doesn’t just fade away. Things need to change and we are fighting hard for it. [The officers who shot] Breonna Taylor have still not been arrested. We have to continue supporting the movement and raise awareness for the innocent people who are killed by the police. I hope that more reform comes out of this because it’s disturbing how much money goes into the police and not into our communities. I’ve learned a lot, and tried to educate myself and take responsibility for my own white privilege.”

Up next, you’ll be working on the fifth season of Riverdale. How much can you tell us about it?
“It’s a little uncertain in terms of when we’re going back—either in a month or two. It’s going to be hard with all of the safety measures that need to be in place. I’m worried but I’m happy to be doing it with my cast because we’re all in it together. It’s going to be a whirlwind.”

Chemical Hearts is on Amazon Prime. Swimming Lessons is out on 29 September. 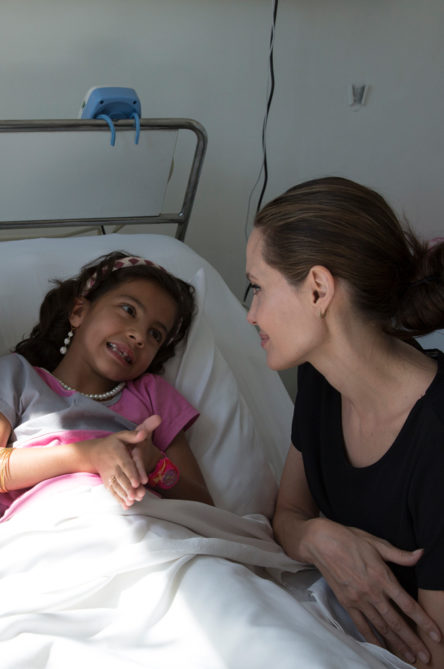 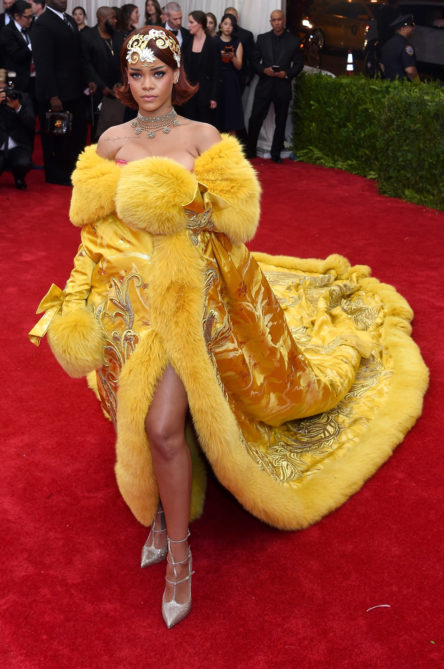 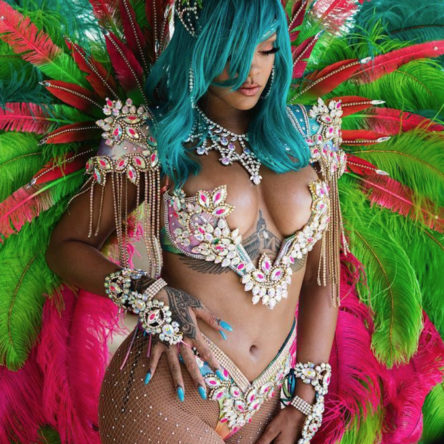 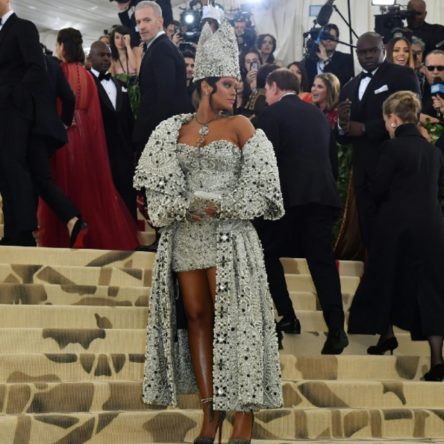 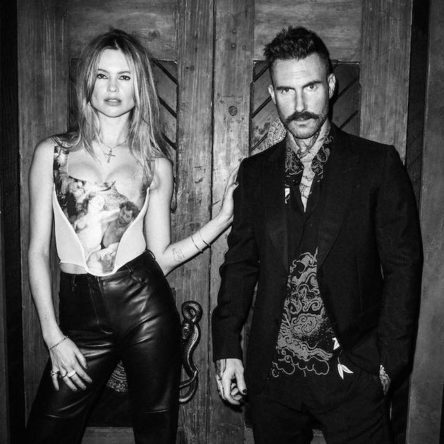