58-year-old Kim Wong has had an age-long love affair with beer. “I’ve always liked the slight bitterness of it—even when I was kid,” she admits. “Of course, my mum wouldn’t let me drink much back then. But I’d sneak a few sips whenever my parents opened a can.”

Today, Wong is a stalwart in the local brewing scene and at the helm of her own homegrown craft beer brand, Specific Gravity. The company, which she co-founded in 2020, specialises in high quality ales created from Wong’s own recipes. These recipes are well guarded and have been a long time in the making—Wong has been brewing beer for nearly 25 years now. And it shows: Specific Gravity’s beers are universally-loved and internationally-acclaimed, having won four major accolades at the Australian International Beer Awards in 2021.

Specific Gravity may be the newest labour of Wong’s love, but it is by no means the only expression of her sheer talent as a brewer. Her diminutive frame and disarmingly sweet smile makes her an unusual face in the beer scene, but Wong’s reputation precedes her. She is known for running exceptionally clean, efficient and organised breweries—ones that don’t take shortcuts. “It is a very hands-on job to make beer. You need to know how to clean. Otherwise, your beer is going to get an infection. So get ready to sweat!” she quips.

She may jest, but beer hygiene is no joke to Wong. Before Specific Gravity (which she affectionately refers to as “SG Beer”, for its distinctively local identity), Wong toured the globe as a brewing consultant, training and advising beer companies around the world.

“It’s only recently that men have begun to brew beer. Before the industrial revolution, beer was made by women.”

She first got her start in beer at Brewerkz 25 years ago—a name most Singaporeans of drinking age will easily recognise today. When Wong first joined the brand, however, the multi-outlet craft beer chain had just opened its first pub on the island. It was there that she learned the nuts and bolts of beer-making and perfected her technique and recipes.

It was an intense job, Wong recalls. “There is a lot of hard labour involved in brewing. But I grew up in a village, so I’ve always been alright lifting heavy things and cleaning up. In a brewery you may not see many women but I’ve never thought of myself as different or less than.”

So, what has it been like carving out a space for herself in an industry not just dominated by men—but heavily associated with the notion of masculinity? Wong smiles knowingly at the question. “You know, it’s only recently that men have begun to brew beer. Maybe 150, 200 years? Before the industrial revolution, beer was made by women. And this goes back to 7000 years ago. Til now, you’ll find so many women in Southeast Asia brewing beer in their homes and their villages. It’s very common.”

She adds with a laugh: “Men like a lot of theory. But women, in general, just want to concentrate and make good beer. They want to make a beer that their families and their villages will enjoy. And that’s what I’ve always wanted to do.”

You used to be an accountant before you got your start in beer brewing. What inspired the change?
I actually never really liked being an accountant. You know, like they say in Hokkien—bo pian. It paid the bills, so I did it. But I didn’t enjoy chasing for payments and everything else that job required. I’d always liked being in the kitchen, and my husband and I both love beer, so he suggested—why not go into that? We opened a small beer café back in the day in a mall that’s now no longer around. We met a lot of interesting people there, including Scott Robertson, who is the brew-master at Brewerkz. He walked in one day and liked the beer we were selling. Eventually, I went to work with him, and that’s where I first learnt to brew beer. This was 20 years ago.

What drew you to craft beer and what separates it from commercial beer in your view?
Commercial beer can be enjoyable, especially when served super cold. It’s refreshing. But craft beer is on another level… the flavours are amazing. It’s like cooking—the kind of ingredients you put in determine the taste. The ageing, the yeast, there’s so much you can play around with to produce something delicious. I had so much fun making my chocolate beer and seeing how all the ingredients combine.

“Women, in general, want to make a beer that their families and their villages will enjoy. That’s what I’ve always wanted to do.”

Your chocolate ale is truly something else. What is the secret to your process?
You see, making beer is actually a simple process. But I think the most important thing is having really good quality ingredients. There are four things you must have in beer. Water, of course, beer is 95% water. Then there is yeast, barley malt, and hops—which gives beer it’s bitterness. Hops is an interesting one, it’s a preservative but it gives so much flavour. I make sure we get really good versions of all of these. For my chocolate ale, I source from a chocolate artisan who makes it themselves. With chocolate, you also have to be careful because it can produce too much oil, which would prevent you from getting nice foam. So I put it in a mash, which absorbs all the oil.

Ok, you’ve lost me. What exactly is a mash?
[Laughs] Mashing is basically when you grind up all your ingredients and throw it into water at the right temperature, in a big pot. Just imagine you are making Horlicks—stirring the powder into the water, but a much bigger version. When you add the malt to the mash, the husk absorbs the oil from the chocolate. And then, you filter and draw out all the liquid.

That sounds like hard work!
Beer-making can be very laborious. I used to lug around 25kg bags of malt when I was younger and weighed less than 50kg myself. But I never shied away from lifting heavy things and getting my hands dirty. It’s a very important part of the process.

Did you feel like anyone saw you differently because you were a woman in a team of mostly men?
I mostly kept my head down and did the work. I’m not one who usually cares what people think or say about me, as long as I know I’m trying my best. So we would work all day and everyone would be really sweaty—most of the guys had to change their shirts a couple of time. Somehow, I don’t sweat much naturally, even though I’d be carrying heavy things around as well. So they used to call me a lizard—because I didn’t sweat even when I was supposed to. They used to call me an ant as well. [Laughs] They said it was because it seemed like I could carry things that were heavier than my body-weight.

Now that you have teams behind you, what does work look like?
I’m very involved in planning and also just checking that everything is going as it should. For Specific Gravity, we work with multiple breweries so I go in and make sure the stocks are correct, the brewing happens the right way and the packaging is done properly. I send the breweries my recipes but I like to be there to make sure everything is done right, from the mashing temperature to the yeast. I see that as my duty. Once the fermentation is done, I taste every batch. The business has picked up recently, so things have gotten busy. But it’s important to me that the beer I make is exactly how it should be.

And what do you do when you are not working?
My husband and I cook a lot, we have been together for nearly 40 years. I have a cat, a dog… four chickens, and seven different parrots, so I spend a lot of time with my pets. And I drink beer!

Specific Gravity can be found at several bars around Singapore, and online. 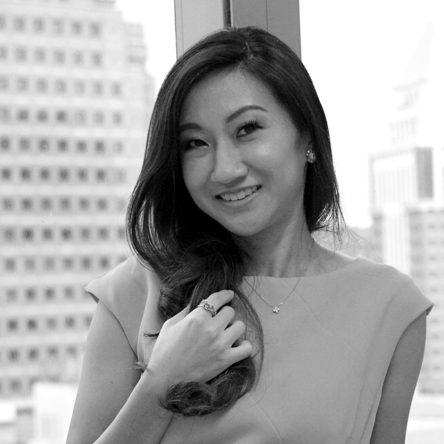 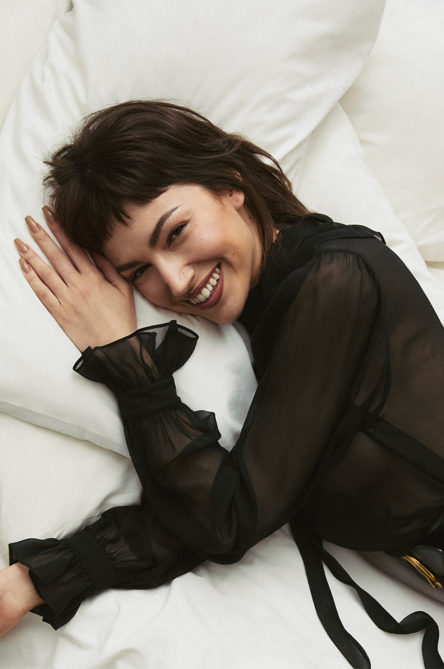 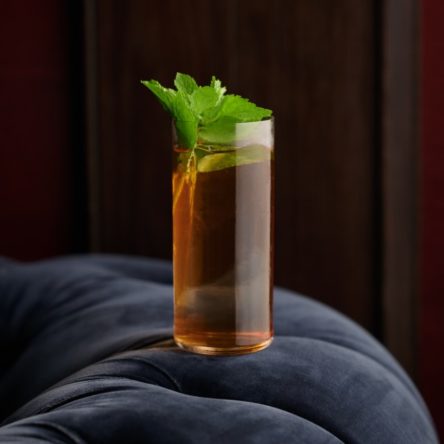