In November 2020, Ilaria Icardi made a bold decision: to put two years of planning into action and finally launch her jewellery business despite being in the middle of a pandemic. Orders from the designer’s Series 01 collection of chunky lapis lazuli signet rings, spaceman pendants and talismans engraved with ears of wheat—all made to order with a lead time of at least four weeks—have been flooding in ever since.

Although the brand—Ilaria Icardi—is new, its foundations can be traced back to the 1960s when her late father Umberto Icardi, a goldsmith whose clients included Tiffany & Co. and Cartier, established a fine jewellery business with his two brothers in the small town of Valenza, Italy. It remains a family business to the core and Icardi produces all her pieces in that same town, where she grew up, with the help of her gemologist brother, Lorenzo Icardi. She may be based in London, but she keeps her parents close to her heart in the form of a raw emerald pendant (an engagement gift from her father to her mother), which she wears every day.

Icardi’s success may be owed, in part, to the fact that she brings more than two-and-a-half decades of industry experience to the workbench. After nearly 10 years as a ready-to-wear designer at Yves Saint Laurent, under both Tom Ford and then Stefano Pilati, Phoebe Philo recruited her to Céline in 2008. She remained there for five years, followed by a seven-year stint as design director at Victoria Beckham.

The 48-year-old’s Series 02 collection will arrive in early September 2021, but it is seen here, for the first time, at Vogue. Japanese pearl necklaces finished with industrial clasps and solid-gold bullet pendants inlaid with emeralds further cement Icardi’s world of contrasts. The gold chain, akin to the one her father wore to hang his spectacles, remains a constant. Here, the designer explains how she reached these sartorial decisions and shares her memories of working with Philo.

What were the biggest lessons you learned working for brands such as Céline and Yves Saint Laurent?

I started when Tom Ford was at Yves Saint Laurent and I also worked under Stefano Pilati so my experiences there were eclectic and vast. Stefano especially was fascinated with Yves’ life, so we really delved deep into the archives. We were creating this universe around a dream woman — a belle de jour or belle de nuit [a beautiful French woman].

“Phoebe Philo at Céline, on the other hand, was about creating a wardrobe for real women by a woman, and it was the first time I had experienced this strong dialogue. I worked in the London studio for her first five years as creative director; she didn’t want Céline to resemble anything it had before so it was a real start-up mentality. The original team was Phoebe, me, and about 10 people, and we were all multitasking.

Do you have any particularly fond memories of your late father’s jewellery business?

I remember going to my father’s factory as a child and playing with his calculator and Olivetti typewriter in front of a huge locker where all the jewellery parts were stored. He started the business with his brothers when they were in their twenties, and I was surrounded by their passion and strong business ethic. They were so devoted and the business grew and grew over the course of two decades—they opened an even bigger factory in the 1980s.

How do you think these early experiences led you to pursue jewellery design as a career?

My father invited me to join the business, but it felt overwhelming and my initial reaction was to escape. So, I studied fashion design at [the fashion school] Istituto Marangoni in Milan in the early 1990s before moving to London to learn English. But jewellery was always on my mind; I’ve always made pieces for myself from trinkets I collect. After my father died in 2016, I started to bring things together—his archive, the things we designed together that were never made—like a force coming from inside me. It’s funny that after all these years I’m turning jewellery making into a career.

Is it easy to put your mark on your father’s jewellery business while retaining its heritage?

It comes quite naturally. There are archive pieces that act as a foundation in my mind, but I can’t create a brand entirely from an archive. I collect vintage pieces and mix them all together with ideas I get from imagery I’ve collected — I love photographer Richard Avedon’s In The American West series especially — or documentaries and films I’ve watched. For instance, I found part of a spaceman charm in a market in New York, so I designed the rest of the body and incorporated it into a design for Series 01 [the first collection]. There are a lot of competitors out there making beautiful jewellery, but I didn’t see anything that really clashed different ideas together in this way.

What are the main themes and ideas you wanted to explore for Series 02?

I wanted to push the eclectic approach, to break down something that already exists and combine it with the unexpected. For Series 02, I’ve created a big gold clock chain, inspired by the 1980s design my father wore, and contrasted it with a clasp based on his key holder and a delicate pearl necklace. I like to find a balance between all these contrasts.

Do you have a set process for how you design?

“I rarely sketch, even when designing clothes. I write a lot in a notebook where I keep the images I collect and then work in 3D, changing the proportions and the materials.”

Living more sustainably is something we all need to consider. How are you trying to minimise your impact on the environment?

“We work closely with the factory on everything we produce to make sure it is as sustainably and ethically sourced as possible. Rings my father originally made with coral have been substituted with carnelian [a semi-precious gemstone]. I’m also introducing more recycled gold into the collections.”

Do you have any tips for how to style jewellery?

I don’t like things to be over-considered or too sensible. I wear rings with a pendant and necklace that don’t match, and style them with denim or a sweatshirt. All the clothes in the shoot for Series 02 were my own, so it was very personal.

What do you want people to think about when they buy one of your pieces?

I like people to take an interest in the history behind my pieces; to understand that they can mix them up with items they already own; to buy with the intention of passing it on to future generations. I want to be like the family jeweller you go to with your grandmother’s jewels to be modified. That’s why everything is considered down to the paper of the packaging and the pouches, which are made from recycled cotton shirting and stitched by a tailor in London. I usually travel a lot so I like to think about how people transport their jewellery.

Series 02 by Ilaria Icardi will be available from early September at Ilariaicardi.com 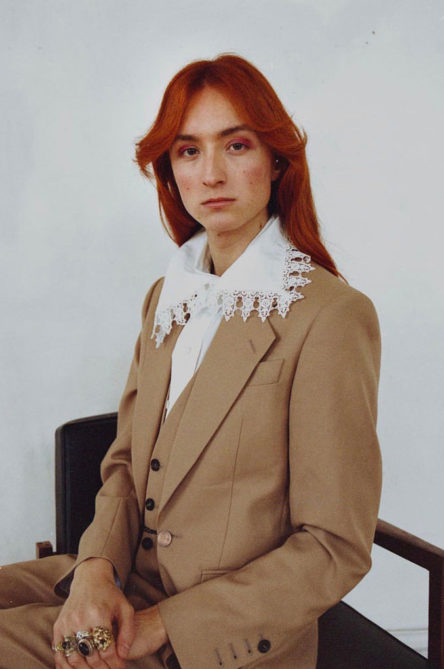 Harris Reed ventures into jewellery with a dreamy collection for everyone 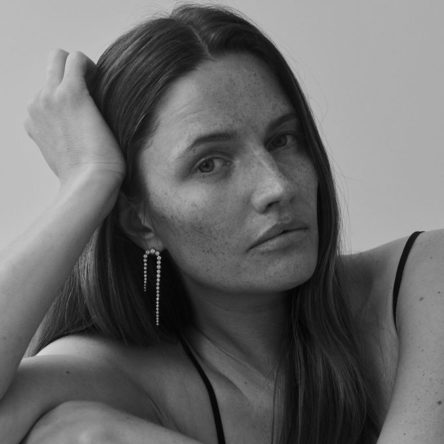 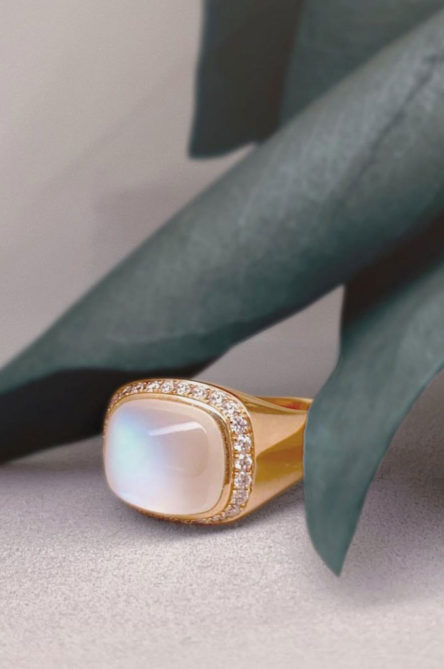 A jewellery insider walks us through the A-Zs of June's birthstone, the moonstone 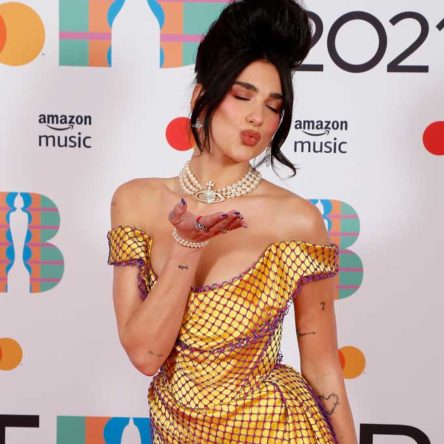 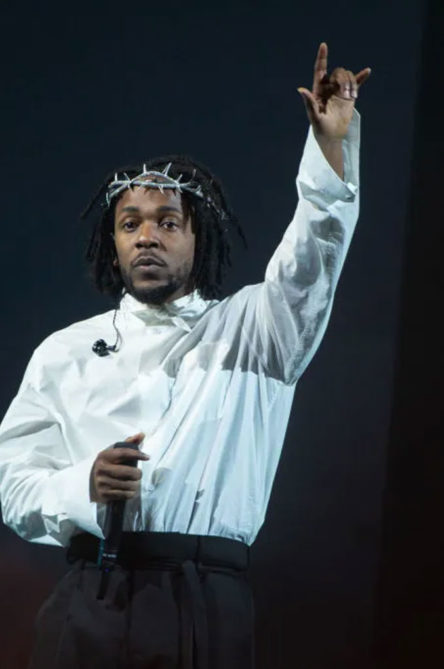 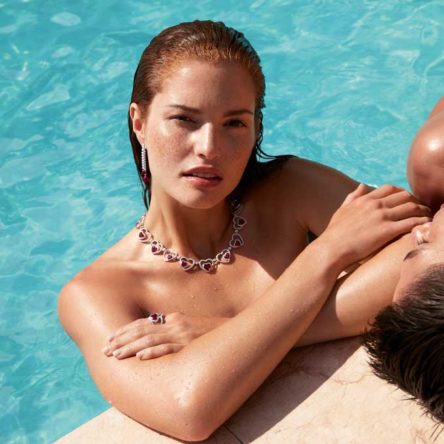 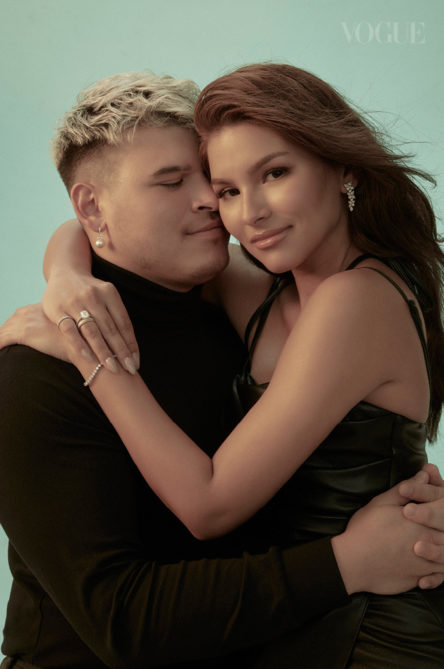 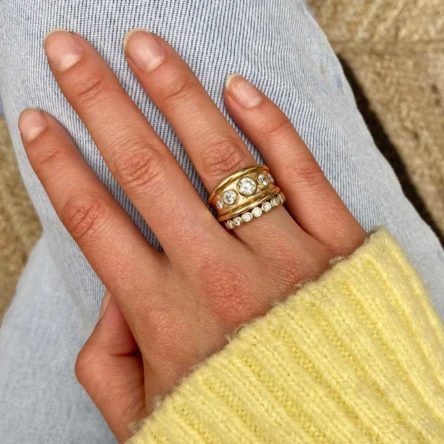