“I’ve always said that I was born in a kind of jewellery box,” says Valérie Samuel. “Because jewellery has been a part of my subconscious for as long as I could remember.” Going by the stacks of rings, bracelets, and necklaces she now wears with a vivacious élan—every day, not just on special occasions—Samuel’s lifelong love affair with jewellery persists well into adulthood and has now taken root at the place where it all started. The jewellery brand that carries her own family name, Fred Jewels.

Her grandfather, Fred Samuel, founded the company in 1936. During the post WWII years, business flourished throughout the 60s well into the 90s, and the brand was synonymous with modernity, innovation, and audacity in the field of jewellery. “On his first business card, my grandfather styled himself as a ‘modern jeweller designer’ which is a very strong statement. Those three words formed his vision of the company and the signature of the brand. My main goal today is to nurture that vision, enrich it, and make it relevant in our time while bringing my own expertise and personality to the designs.”

Presently the artistic director and vice president of LVMH-owned Fred Jewels, Samuel took full control over the creative reins only five years ago, but this was not at all her first foray into the brand. Her career actually began right here, in Fred Jewels’ creation and manufacturing direction department. Thereafter she moved to French luxury glassmaker Lalique for a few years where she developed its jewellery and watches business. Next, she joined Swarovski as its vice president of jewellery, watches, and accessories, until 2017 when LVMH sought her out to reinvent Fred Jewels for the modern era.

Of course, a large part of her childhood was spent soaking up the sights and sounds of the Fred Jewel boutique, located on Rue Royale in the city’s eighth arrondissement. So one could say that all her training has led to this moment indeed.

“I feel very lucky to be back to the family brand,” says the certified gemmologist. “I started when I was 18 and I had a lot to learn then. After that, I’ve had some experience outside which gained me new perspective, and that strengthens me in building the future of Fred.” She muses, “If I had stayed throughout for 20 years, I would have only one way of seeing things.”

“Today I have a different perspective,” she adds. “I can feel the uniqueness. The richness of the brand. And I want to continue this, to enrich it, and renew our perspective.”

One of Samuel’s first major projects since her return to Fred Jewels was the brand’s next high jewellery collection. After two years working on the concept and designs, she was ready to launch the new pieces—but the world wasn’t. The pandemic years didn’t make it easy on Samuel and her team. Many projects had to be postponed, but finally they decided to bite the bullet and released the collection in 2021. Titled Pretty Woman as a nod to the appearance of Fred jewellery in the Julia Roberts movie of the same name, the collection also brought along a new campaign featuring Emma Roberts decked in diamond and rubellite hearts.

Samuel reveals, “The high jewellery collection was really a challenge, as it took us two years to source for all the rubellites. There are over 410 carats of rubellites in the collection.”

But Pretty Woman wasn’t the only movie that featured Fred’s jewels. 007 flick Casino Royale also had them, worn seductively by Italian star Caterina Murino who played the very beautiful and very married Solange. In the movie, Murino wore a set of yellow gold pieces from Fred Jewels’ Star Suite set with diamonds and citrines.

More recently though Fred Jewels creations, specifically the Pretty Woman Audacious necklace, appeared in Emily In Paris. Worn by none other than titular star Emily Cooper (Lily Collins) the necklace was a perfect match to her off-shoulder heart dress by Anouki.

Other than the high jewellery collections and Fred Jewels icons such as the Force 10 product family, Samuel opened up new chapters of the brand through its Chance Infinie collection and the versatile yet instantly recognisable Pain de Sucre line.

She elaborates, “I’m always playing around and mixing up the different collections according to mood, outfit, and occasion so there would be just one way of wearing our jewellery. Jewellery should enhance your personality and make you confident, happier, and prettier, even from the inside. It’s a way of expressing yourself, your style. This is very much in line with our philosophy. Our jewels are meant to be worn, not kept in a safe.”

A great philosophy—although it’s a tad ironic for Samuel now given how she’s been spending a lot more time around safes lately, albeit for very good reason. “For the last two years, I’ve been rebuilding an archive of our maison, I’m rebuilding our patrimony, and it has been a fantastic journey,” she explains.

To publicise her search for vintage Fred jewellery, Samuel launched an ad campaign called Fred Seeking Fred, through which she has come to uncover more of her family heritage and encounter more historical jewels than she could ever dream of.

One particular encounter left her almost breathless with excitement. “We have a house stone called the Soleil d’Or. A yellow diamond of, at the time, 105 carats. My father bought it in 1977 and named it Soleil d’Or. It immediately went to a customer but my father managed to convince the customer to allow us to keep the stone for three weeks and curate an exhibition around it.”

The Soleil d’Or was an exceptional stone, and remains one of the biggest diamonds in the world today. Samuel knew of its incredible story—how the American model Margaux Hemmingway had attended the exhibition’s gala event, and tricked Samuel’s father into believing that the stone went missing, only to make it reappear between her teeth!—but she never imagined ever crossing paths with it again.

“Jewellery should enhance your personality and make you confident, happier, and prettier, even from the inside.”—Valérie Samuel, artistic director and vice president of Fred Jewels

And yet she did. “When I was looking to get just the certificate of the stone from GIA, I managed to locate it. So I offered to buy it back, and now the Soleil d’Or has finally returned to our maison. By then it had been recut into an emerald shape with angled corners because the previous owner wanted it to be enhanced, but it remains just as beautiful.”

To mark this incredible find, Fred Jewels will stage its first patrimonial exhibition ever in the history of the brand. A retrospective on the maison, this event will debut in Paris at the Palais de Tokyo where over 800 square metres will go into telling the story of Fred Jewels. Thereafter, the exhibition will travel to key cities around Asia. Details of the exhibition will be confirmed in due time.

“We are a contemporary brand,” states Samuel, “so we can still find first-person accounts and testimonies about our company. How it was to have jewels designed for themselves, to have direct contact with my grandfather and my father as well. To obtain a piece of that brand from that moment in time.”

Samuel cherishes the past but she also remains steadfast about the future, and already has her next high jewellery collection ready for launch come July. It will kick things off for the exhibition, paying tribute to the brand story, sharing much more about the archives and how it continues to inspire the Fred Jewels today.

“You will see a transformation, an evolution, a re-creation. But it has something authentic and relevant, because this is how I intend to approach the archives. To renew and to get inspired by them,” she enthuses, champing so hard at the bit it’s like she never left. 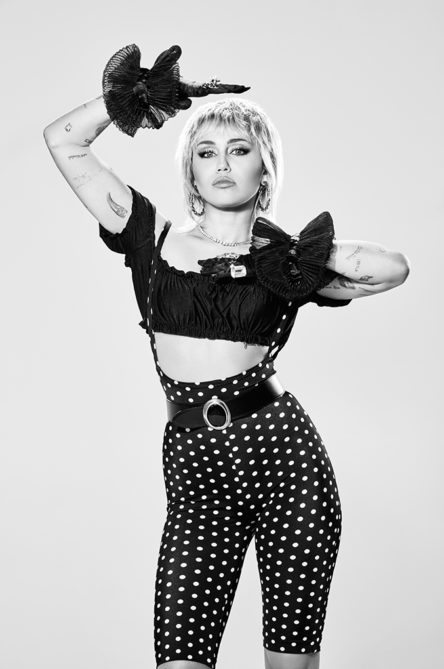 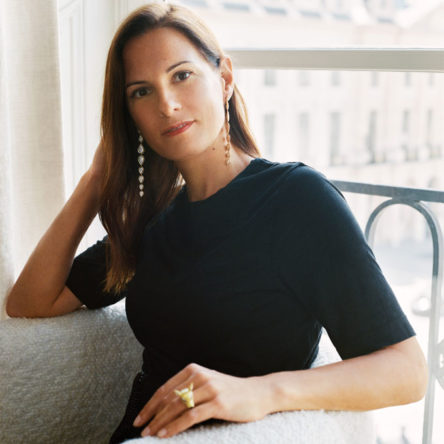 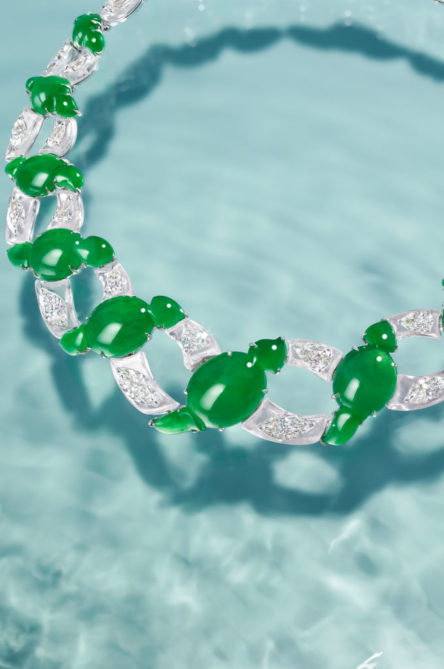 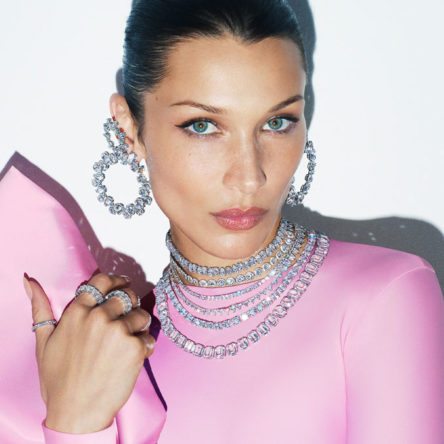 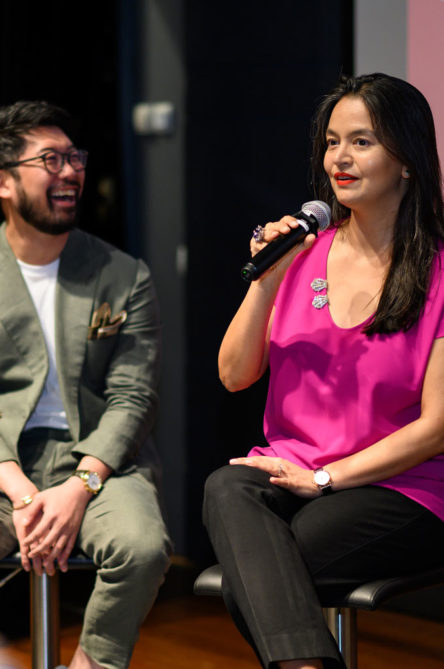 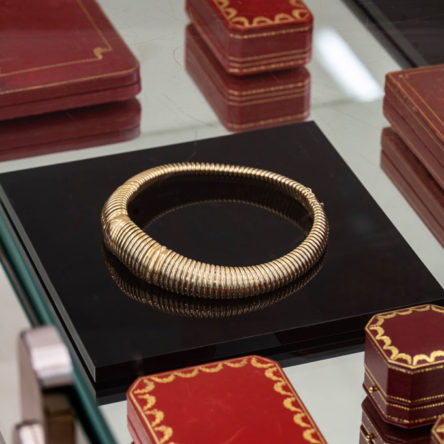