Would you paint on your vintage Dior? Estelle Tcha does. Tcha, a classically-trained painter, uses archival Dior pieces as her blank canvas. Through her label, Eee, Tcha takes vintage Dior blazers—in black, hot pink, houndstooth, and many more—and then applies her Surrealist art to the back of them. (She also does this to vintage Levi’s jackets.) Each jacket has a cut-out where the astrology-themed canvases fit in, attached with a velcro-like material, and customers can then interchange the different Zodiac paintings, should they wish. She said the idea ignited out of wanting to blur the line between fashion and art (even further than it already is). “Designers always have found inspiration in art, they use it for prints or for a colour palette,” Tcha says. “But all my pieces actually have a real painting with it.” 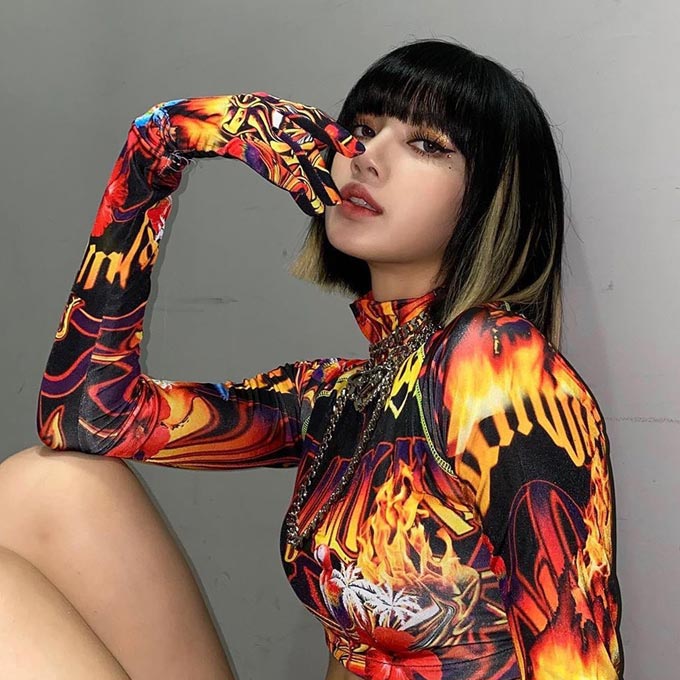 Tcha is currently based in Seoul, Korea, and studied painting at the School of Museum of Fine Arts at Tufts in Boston, as well as fashion design courses at Parsons in New York and Central Saint Martins in London. It was at CSM where she began Eee as her thesis project in 2018. “I did a series of 12 paintings of the Zodiac signs, and then applied that to vintage clothing. I really wanted people to interact with art and take it out of the white cube space,” she says. “People love embellishing themselves and seeing how they look in something, so I was like, Why don’t I borrow that function for art?”

Painting and drawing is something Tcha has done since she was young, but the artist’s work today is more of a wearable kind of art. Her current paintings for sale depict all the Zodiac signs—the scorpion for Scorpios, the crab for Cancers—smoking cigarettes, a cheeky detail that Tcha says is a play on astrology’s fixation between life and death. She wanted to use her talents, both as a painter and designer, to introduce people to the concept of astrology in a striking, less-serious way—by having people wear it as a sort of conversation-starter. “I was obsessed with astrology before it became cool,” she says. “I wanted each person to be able to approach a piece and resonate with it, even if they don’t know about it.” She says she’s been particularly inspired by astrology being back in Korea, where she’s been during COVID-19. “There’s Tarot cafes on every street,” she says.

As to why she chose Dior pieces as the medium for her art? Tcha has always been drawn to the strong, empowering silhouettes of Dior’s New Look, and she says it serves as the perfect clean backdrop for her kitschy work. “Dior had that New Look in the ’50s, where it really empowered women while keeping their feminine side,” says Tcha. “It’s really hard to find vintage Dior in Asia. A lot of [the vintage pieces] come from my time in London and Paris.” She found that applying art onto vintage designer goods (specifically the luxurious Dior) also changes people’s perceptions about wearing secondhand clothing, which isn’t a popular concept in Korea specifically. “A lot of, like, high-profile people have asked me for commissions, but then they’re like, ‘Can you use a new jacket?’ ” she says. “That’s when I started pushing [to use vintage] Dior, for people to be more open and accepting [of wearing secondhand]. I’m repurposing vintage, but I’m also repurposing value.”

See her pieces, below.