How can fashion have a positive impact on the planet? It’s a question that brands are increasingly asking, as the industry seeks to not only lower its enormous environmental footprint, but actually help restore vital ecosystems around the world.

That’s why Burberry has set an ambitious target of being climate positive by 2040, with the aim of removing more carbon from the atmosphere than it emits by that date. “Being a force for good in the world means consistently going beyond, for better,” Marco Gobbetti, CEO of Burberry Group, tells Vogue. “We were one of the first luxury companies to set Science Based Targets and we are on track to becoming carbon neutral in our own operations next year. Yet, we know more is needed to tackle the impact of global warming and climate change.”

Burberry has launched a series of new sustainable initiatives lately, including holding its first carbon-neutral runway show in 2020, as well as unveiling its ReBurberry Edit—including trench coats and parkas made from recycled fishing nets and plastic bottles—last year. The brand has also added pistachio-coloured eco-labels to its designs, which help consumers understand a garment’s positive attributes, from the use of organic and recycled materials to water and energy savings during production.

Of course, cutting CO2 emissions is crucial in order for fashion to play its role in tackling the climate crisis, which is why the company has set a goal of reducing emissions by 46 percent across its supply chain—a key area that is often ignored—by 2030. This puts the company in line with the UN’s 2015 Paris Agreement targets to keep global warming to 1.5C and replaces its original goal of a 30 per cent reduction by 2030.

“If you look at our end-to-end footprint, the vast majority of our environmental impacts and carbon emissions happens in our supply chain,” Pam Batty, Burberry’s vice president corporate responsibility, explains. “So, without seriously tackling that, we can’t get to net-zero—it has to be a real focus.”

Still, reducing emissions across complex supply chains remains a challenge for the entire industry, requiring collaboration with both suppliers and other brands. “Addressing emissions in the extended supply chain relies on everyone across the industry sharing the same belief and going on a journey together at the same pace,” Gobbetti adds. “To shift from ambition to action across our whole value chain, we need to inspire others and share and scale new solutions. We have spent time working closely with our suppliers and partners to ensure this is a challenge we can all jointly take on.”

Removing carbon from the atmosphere

Beyond reducing emissions, Burberry will also be investing in projects both within its own supply chain and beyond to remove carbon from the atmosphere, as part of its Regeneration Fund launched in 2020. This includes a regenerative farming programme involving wool producers in Australia, which aims to improve biodiversity and carbon capture in soils, as well as other projects to restore ecosystems.

“Our net-zero and then climate positive strategy takes into account both carbon emissions, but also the need to protect biodiversity, livelihoods and communities in the process,” Batty explains. “We are taking a holistic approach to this, looking at all those different elements that make up climate.”

Creating change inside the industry

While companies such as Gucci-owner Kering say they are already carbon neutral, as well as committing to having a net positive impact on biodiversity by 2025, Burberry is the first major luxury brand to make an explicit commitment to being climate positive—in what could be a new trend for the industry.

“The climate positive messaging that we have around the commitments we’re making very much says how we would like the fashion industry to be a positive force in the world as opposed to creating the negative impacts that it currently does,” Batty continues.

“As a leading luxury brand with a global footprint, we are in a unique position to bring together NGOs, peers and policymakers to create meaningful change,” says Gobbetti. “By setting this ambitious new goal to reduce emissions in our value chain and also invest in initiatives beyond it that support a resilient, zero-carbon future, we hope to create a lasting positive environmental impact for future generations.”

This article was originally published on French Vogue. 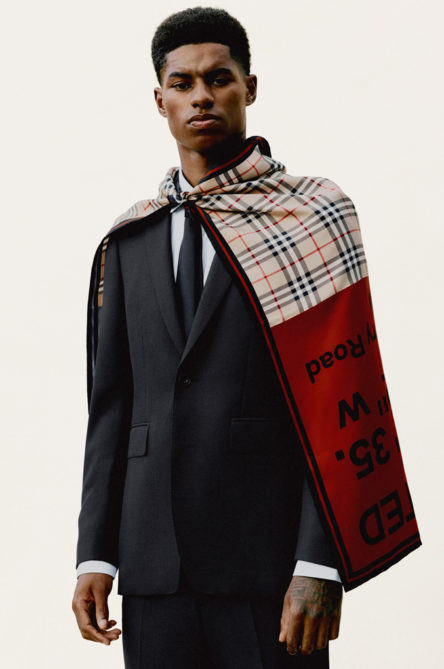 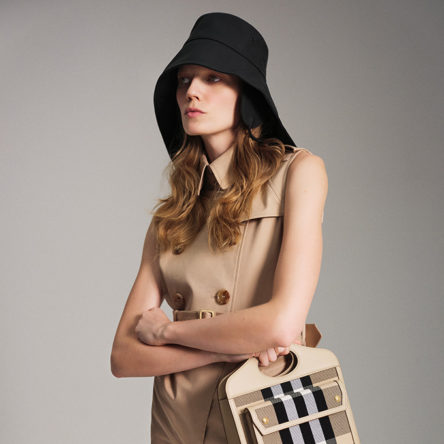 Burberry’s Soft Pocket Tote is the standout accessory of SS21 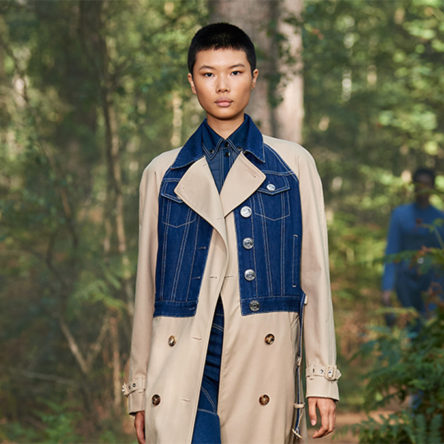