While we’re all still Jungshook that the BTS Meal at McDonald’s won’t be dropping in Singapore until 21 June, there are plenty of reasons to celebrate all things Bangtan Sonyeondan this week. In June, 2013, a septet of soon-to-be Korean superstars called BTS released their debut album, 2 Cool 4 Skool. Now, 20 million albums, multiple sold-out world tours and countless magazine covers later, we’re at the eight year mark. Celebrating how far they and their fanbase, ARMY, have come is what this anniversary is all about.

For the uninitiated, BTS Festa is what BTS and ARMY call this most wonderful time of year. It’s an explosive, jam-packed two-week festival full of brand new BTS content dropping every day. New and exclusive merch, songs, videos and photos have been breaking the internet since 1 June, all leading up to what’s called Muster Sowoozoo. Muster for short, it’s an online event where the boys—Jin, Suga, J-Hope, RM, Jimin, V, and Jungkook—gather to put on skits, banter, and perform their greatest hits.

This year, Muster will be held mostly online, which is great news for any international ARMYs. Live-streaming Muster will be easy; what will be trickier is waiting for the show to start. To occupy the remaining hours between now and then, you’ll want to watch, listen, dance, and shop. We’ve put on our ARMY investigator caps and dug up just a few ideas to help you get the most out of BTS Festa 2021, and prepare for Muster Sowoozoo.

First and foremost: get a ticket

Muster Sowoozoo will take place over 13 and 14 June, with two performances. The first concert this Sunday will be a regular event, followed by a “World Tour Version” on Monday, which will include some of BTS’ foreign-language songs.

On both days, the show will start at 6:30pm KST, or 5:30pm in Singapore. Ticket holders will also be able to rewatch the shows, as the first and second days will be re-streamed on 19 and 20 June at 9am respectively.

One-day and two-day HD Single-view passes are available for purchase on VenewLive and Weverse Global Shop, with limited 4K Single-view and HD Multi-view options for ARMYs with purchased Membership.

Recreate family portraits of years past and present

As a part of this year’s opening ceremony, the boys dropped their 2021 family portraits. Getting a couple of friends together (and no more, as long as current COVID-19 restrictions are in place) and dressing up to make your own ARMY family portrait? Sounds like a fun afternoon to us. You could recreate the latest version, or any of the past BTS Festa portraits from 2014 to 2020. To get even more creative, you could dress up as your bias’ vibe—Suga stans wearing Fear of God and V fangirls donning berets and cardigans. For an extra challenge, dress like an era. Pull out your edgiest, angstiest fits to be Dark & Wild or your sunniest, most vibrant clothes to emulate Young Forever. (And when you’re done, check out the behind-the-scenes look at 2021’s photo shoot for a 34-minute serotonin boost straight to the heart.)

Get delulu on ARMY TikTok

There’s no better time than BTS Festa to enter the mysterious world of TikTok. Just watching a couple of ARMY TikToks will send you into an hours-long spiral of fan edits, skits, and lip sync videos. To get the ball rolling, a few of our favourite users are @genesisashira (for thoughtful, style-forward videos) and @jjoyie (for fantastic edits, updates and translations). For the funny stuff, you have to watch “the Nancy Drew of K-pop” @justynjelks, or mega-stans @itsjustjasy and @namjoonthighs. Or, naturally, you could sink days into just scrolling BTS’ official TikTok account.

BTS’ highly-anticipated second English-language single, Butter, shattered records on Youtube when it debuted in May. From the music video’s nod to ARMY to the ever-adorable hand-kiss dance move, it’s a visual stunner—and an absolute bop. The song is currently enjoying its third week in the top spot of the Billboard Hot 100 Chart. To celebrate, why not pick up some merch from the band’s new collection? There are butter-themed keychains, baseball caps, and phone cases. It’ll pull you in like no other, promise.

Do a little Namjooning by streaming Bicycle

During BTS Festa, it is important to spend some time Namjooning, whether it’s by riding your bike near the river, caring for a small bonsai, or reading Into the Magic Shop. It’s especially important when you’re on the edge of your seat waiting for Muster. To keep yourself from bursting with anticipation, you’ll want to stream RM’s soulful new single. Bicycle is a sweet ode to the simple joys in life—like riding around a city you love.

Even better, it’s inspired by true events: RM recently shared that he literally wrote the lyrics to the song, which are in both Korean and English, while riding his bike around. “Perhaps it’s because I don’t have a driver’s licence yet, so I’ve never driven a car before. I wanted to transfer that hazy scenery which always remained out of reach as I rode my bicycle ever since my trainee days, to a song,” he wrote on BTS’ official blog recently.

Brush up on your dance skills

It’s undeniable that BTS dance choreography is imbued with an extra-special kind of magic. (Even RM, who has argued that, “My name is Rap Monster, not Dance Monster!” is no slacker when it comes to busting a move onstage.) Dancing along with the Bangtan Boys at any concert is a no-brainer; how well you do it is up to you, and your dedication to rehearsing—by yourself or with friends—before the show.

Break down the moves: remember, Fire333 is legs, hands and head in that order. For this year’s Muster, though, you won’t have to worry about knocking into strangers as you dance along. No matter your favourite BTS anthem, you know there will be some sick choreography to back it up, whether it’s Fire, Boy with Luv, or (good luck) ON. And remember: keep your eye on J-Hope or Jimin if you want to really pick up the right moves.

‘Borahae,’ as any ARMY worth their salt knows, means ‘I Purple You.’ Purple, as V explained way back at Muster 2016, is the colour of love, trust and loyalty. It’s ARMY’s motto, and shows someone how much you care for them. There is no better time than BTS Festa to go for a bold smoky purple eye look, and the Naked Ultraviolet Eyeshadow Palette is our pick. You can also Stop by VT Cosmetics at Plaza Singapura to shop their exciting new BTS collaboration line, featuring the BT21 LINE ANIMALS on an array of gorgeous eyeliners, lipsticks and foundations.

(And if you’re looking to go the extra mile, you might be interested in smelling like BTS. If that’s the case, Jungkook was recently spotted with Forment’s Cotton Hug fragrance. You can pick up your own bottle today at April Skin and Guardian.)

Create your dream setlist—then see how closely it matches up

Though Muster Sowoozoo is just a few days away, the setlist for the two-day virtual concert is still a total mystery. Thanks to a teaser that Big Hit Music dropped earlier this week, though, online ARMY speculation has been growing. Daechwita, Suga’s 2020 single that has yet to be performed live, seems likely, as eagle-eyed fans spotted the phrase ‘Daechwita’ written in Hanja in the Big Hit teaser photo. So do songs like Fire, So What, Dis-ease, Mikrokosmos, and Not Today. As for the rest of the lineup, it’s still anyone’s guess. Compile your favourites, have your friends do the same, and place your bets.

Fill out your at-home audience with BT21 LINE FRIENDS

LINE FRIENDS are the digital stickers created by Kang Byeong Mok, used primarily on the Korean messaging app LINE. In October 2017, LINE FRIENDS launched the BT21 collection, a collaborative project that saw eight new characters introduced, all designed by the BTS boys. From the sleepy koala Koya to the mischievous chocolate chip cookie Shooky, BTS’ LINE FRIENDS were designed to represent the future. The characters are also available in the offline world, too, with plushies being sold out of LINE FRIENDS stores. To pick up your own curious alien prince Tata, passionate puppy Chimmy, or protective robot Van, you can head to the PLAY LINE FRIENDS store at Funan Mall today.

In case you get hungry while tuning into Muster this year, you’ll want a truly luxurious spread to pick over. Luckily, we know all of the best foods for you to scrounge up. Must-haves include strawberries (for V), banana milk (for Jungkook), mandoo (remember Carpool Karaoke?), and mochi (for Jimin). If you’re feeling ambitious, you could even try to make a Butter Cake.

To keep you fed through BTS Festa, look to Bigmama, one of Singapore’s original authentic Korean joints, for Korean-style hot pot (jeongol) on their takeaway and delivery menu. For jajangmyeon, or black bean noodles, made just the way the guys love them, MukJja, O.BBa Jjajang and Noodle Star K all provide takeaway or delivery.

After all this good grub, you’ll undoubtedly be thirsty. Even if you can’t make like V and open a bottle of soju with his special technique, you can throw back a couple of soju bombs—or keep things simple with a few bottles of Kloud Beer, which the boys are currently representing.

Play some UNO—and wait for the livestream to start

We know BTS love a good game of UNO—and playing a round or three will do wonders to distract you while you wait for the final minutes to tick down. You can even get a special BTS-themed pack of UNO cards from any nearby Toys”R”Us outlet. Your food has arrived, your house is decorated, your moves are prepped: all that’s left to do is wait for the lights on your screen to dim, and enjoy the show. 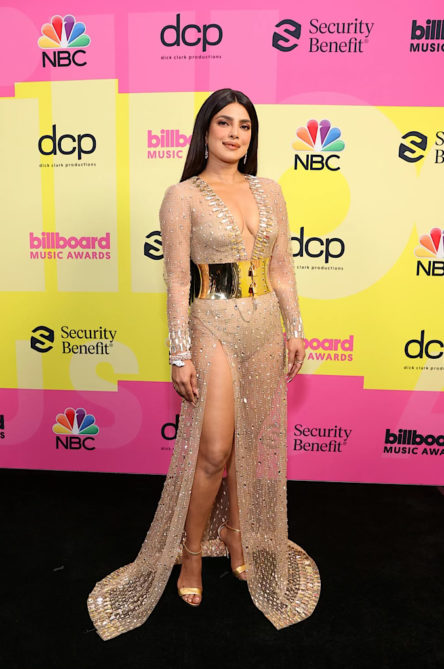 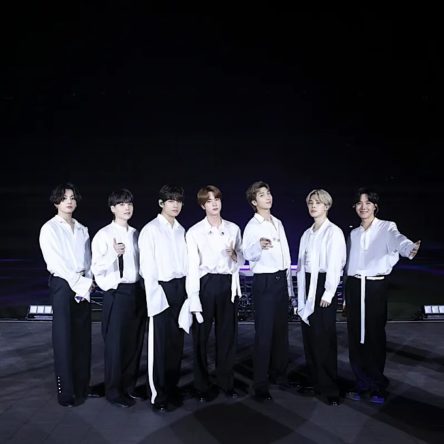 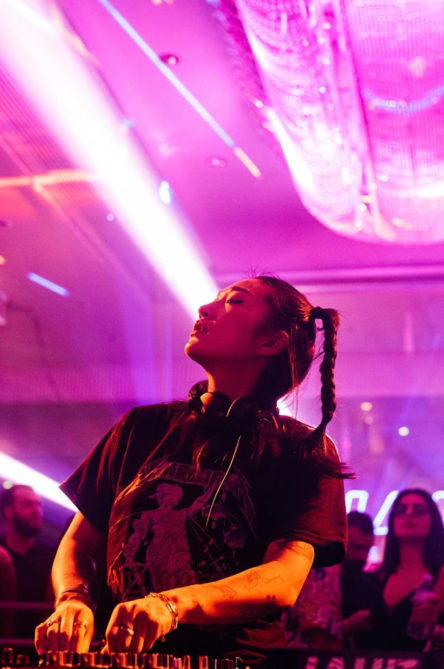 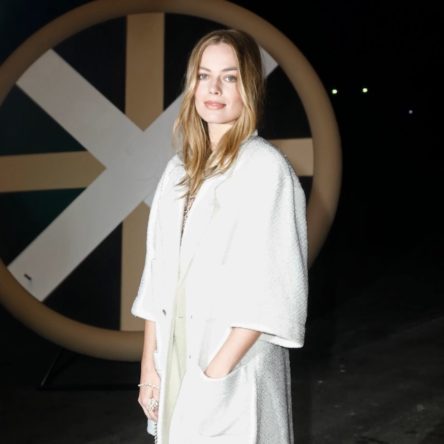 An 'Ocean’s Eleven' prequel is en route, with Margot Robbie instead of George Clooney 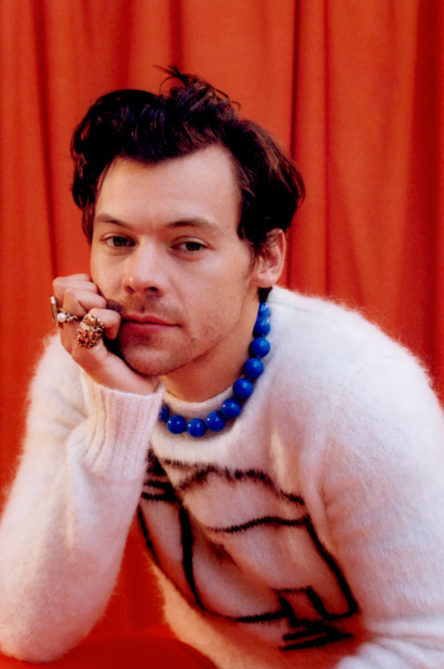 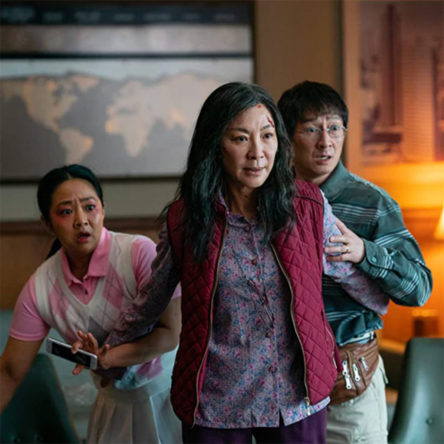