Neon lights have long been synonymous with the city streets of Hong Kong, alongside its buzzing streets and raucous chatter at 2am. The colourful signs—often appearing in shades of red, green and yellow—used to be found illuminating every other avenue, proudly touting the wares of the shops they belong to. Now, these fluorescent lights have become a much rarer sight, with businesses opting for cheaper, mass-produced LED alternatives. It was this danger of losing such an indelible part of Hong Kong’s culture that prompted our artist-in-residence, Chan Kalun, to pick up the art form in order to preserve the craft and elevate it to suit modern-day sensibilities.

Even with Chan’s noble ambitions, picking up the craft was not something that could happen easily. For one, the lack of active neon practitioners left in the city meant that Chan had to travel all the way to the Netherlands to receive proper training in the art form. The cultural barrier, too, was a factor that Chan had to grapple with when picking up the craft. “There is a saying that if you have a secret trade, you will want to pass it on or keep it in your own family,” she explains. “And even if you take on an apprentice, you will only pass on about 70 percent of what you know and let the apprentice figure out the rest. Maybe the practitioners in Hong Kong don’t know how to pass on their skills to others. Or maybe they just want to avoid competition in the market. There are many reasons, and I am still trying to figure them out.”

Despite her rocky beginnings, Chan continues to explore the world of neon-making, with a penchant for unique and experimental techniques and pieces. “Neon art can come in different shapes and forms,” she says. “I don’t like to do things that I have already seen being done. I want to always be creating something new and refreshing—something no one has ever done before.”

Here, as our artist-in-residence, Chan Kalun expands on her personal journey, her hopes for the future of the craft, as well as the intriguing neon art piece she has created for Vogue Singapore.

How did your journey begin with neon and what inspired you to work with this medium?
My relationship with neon began in 2018 when I wanted to include a neon artist or vendor in an exhibition that I was organising at that time. I got in touch with Master Wong, who is one of Hong Kong’s last original neon makers, to create various neon pieces for the exhibition and host some simple workshops about bending and welding with neon. While attending the workshop, I was drawn by how neon, as a craft, requires a combination of art, science and physical strength. This little taster inspired me to pitch to create a neon art installation for a festival in Thailand and my journey took off from there.

“There’s mystery and suspense in the craft, but that just adds to the beauty of it”

Neon signs have long been part of Hong Kong’s visual and design heritage. Do your pieces differ from those of the past? How are you putting your own take on the art form?
Different cultures affect the development of the neon craft in different ways. In Hong Kong, many neon practitioners are in it to make a living—there are very few people interested in experimental works. I try to avoid doing commercial signs, especially those that involve words and literal graphics. My style tends toward the non-literal in that sense. I also try to include a funny quote that can deliver the message in a more subtle way.

Are there any predominant themes or messages that you hope to convey through your works?
Rather than messages, I think a concept that I like to use is how I continuously utilise glass—the shape and form of it—in a way that surprises my audience. The main message I want to convey is that nothing is impossible in the world of neon—there is so much potential in this realm of glass, gas and electricity that exists beyond the world of commercial signs.

Tell us more about ‘Hang In There’, the piece you have created for Vogue Singapore.
I interpreted this issue’s theme of ‘Blue’ as an emotion. I was in quite a bad phase of my life when I was creating this and the mantra that got me through it was “Hang in there!”. I wanted to explore how I could use neon to turn this ‘blue’ feeling around—from being associated with sorrow to one that represents hope. The many hangers in the piece, apart from representing the fashion industry, are my take on the word ‘hang’. I also experimented quite a bit with the making of these hangers, bending and twisting the glass tubes to create new shapes and styles.

Lastly, what are your hopes for the future of this craft?
I hope to reinvent this medium of glass and gas and change the public’s perception of it. I also hope to reconstruct Hong Kong’s neon ecosystem to be more welcoming of competition. Beyond that, personally, I want to set up a safe creative space for women to either try their hand at neon, or just practise art in general. I definitely want to see and work with more female artists here in Hong Kong. 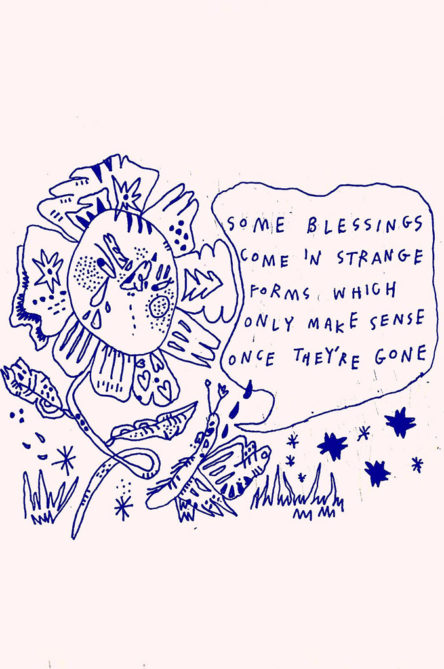 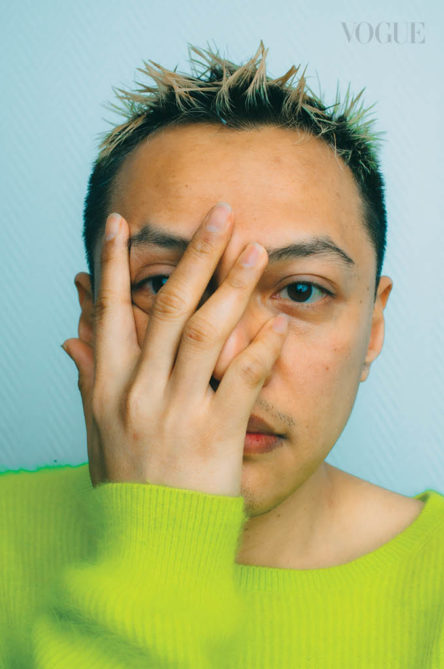