While animations may have been once solely associated with nostalgic childhood classics like Cinderella and Snow White, the greatest filmmakers of our time have too relished in the imaginative medium to cater to an older audience. Beyond the world of Tim Burton and Hayao Miyazaki, there’s a world of animations to be explored ranging from psychological thrillers and dark comedies. These stories made with adults in mind are a rarity to come by, but the ones that are out there tend to slip between the cracks, film and TV shows alike.

Of course, there’s nothing quite like returning to Disney and Pixar classics that we’re fondly associated with, but for those looking to escape into a surrealist universe with added depth and intriguing themes, these animations might be just up your alley. Below, Vogue Singapore curates our top picks to add to your watchlist.

Before there was Christopher Nolan’s Inception, there was Satoshi Kon’s Paprika. Many have drawn parallels between the films as they grapple with similar themes of the dreamscape and blurred lines of reality. In a world where scientists have successfully invented a device to allow people enter other peoples’ dreams, Dr. Atsuko Chiba, a psychiatrist and researcher transforms into a dream detective at night under the code name Paprika to investigate a series of dream terrorism cases that causes people to completely lose their personality in real life. As she chases the culprit through the dreamworld, we’re taken through an exhilarating and dizzying adventure filled with hypnotic visuals to uncover the mystery behind the plot.

The Midnight Gospel follows spacecaster, Clancy through his cosmic adventures into different planets as he streams his conversations and muses on life, death and everything in between. A trippy masterpiece based on The Duncan Trussell Family Hour podcast, you’ll find that the whimsical dialogue and free-flowing conversations lands much different to the usual animated series. Though the cartoon-ish visuals may fool you into thinking it’s a children show, the art style only fuels the show’s hallucinogenic science-fiction slash fantasy space age storyline. You’ll easily find yourself entranced in the visual sequences and the details within the animation, while being completely engrossed in the introspective conversations between Clancy and each of his guests in every episode.

Devilman Crybaby is not for the faint of heart, with its incredibly graphic visuals and sexual content, the anime still stands as a stunning masterpiece to be savoured. As the world is under the terror of demons, Ryo Asuka firmly believes that the only way to defeat them is to expose them to the world for what they are. His pure-hearted best friend, Akira Fudo finds himself merged with a demon to become a Devilman to help Ryo’s mission to take them down once and for all. Though the show’s sparing use of blood and gore may have you squirming in your seat, it’s done artfully so to expose the overindulgent nature of humankind—an allegory to the cost of persecuting our supposed enemies. Violence and demons aside, at its core, Devilman Crybaby is designed to tug at your heartstrings and lead you to the question: are humans or demons the true monsters?

An anthology of science-fiction and horror shorts, Love, Death & Robots‘ Jibaro episode recently went viral on TikTok for its stunning visual graphics and ode to the pains of colonisation. Each episode is a standalone story directed by different directors with vastly different styles and storylines—all with cutting edge animation taking viewers through breath-taking journeys with astounding plots and alluring characters dealing with mature concepts and themes. Though some episodes may prove to be a little heavy, there are quirky episodes that make for a more light-hearted watch in between episodes. If you’re a fan of Black Mirror, you’re bound to love this series.

The lesser known cousin to Studio Ghibli’s My Neighbour Totoro and Spirited Away, Princess Kaguya certainly deserves a cult following of its own. Based on the Japanese folklore The Tale of the Bamboo Cutter, director Isao Takahata transforms the traditional lore into a universally humanistic story by grappling the theme of desire. Following the story of Princess Kaguya, who was found as a baby by a humble farmer and his wife, the couple takes her in. Kaguya eventually grows up to be a beautiful woman who orders her suiters a series of impossible tasks to win her hand in marriage. The melancholic story told through mesmerising art will have you hooked just minutes into the film.

Having earned critical acclaim for its portrayal of characters, dark humour, and voice acting—Harley Quinn, as the title suggests, follows the misadventures of the criminal along with her best friend, Poison Ivy. After leaving the Joker to stand on her own two feet, Harley Quinn has to prove herself and her misfit crew worthy of joining the villain big leagues, the Legion of Doom. With a total of three seasons, the binge-worthy series is packed with laughs and action packed sequences to keep you entertained throughout its running.

After starring as the titular character of the hit 90’s TV sitcom, Horsin’ Around, washed up actor Bojack Horseman finds himself in a self-destructive cycle of alcohol and drugs to numb the pain of fading into obscurity. Deciding that it’s time to make a comeback into the limelight, the horse gathers the help of his feline manager and ghost writer Diane Nguyen to plan his return to stardom. Bojack Horseman may seem like a self-indulgent binge at the start, but its frightfully realistic depictions of mental health issues such as depression, trauma and addictions has earned the show a cult following and four Critics’ Choice Television Awards for Best Animated Series. As the seasons go on, you’ll find yourself growing alongside the characters as they tackle their personal struggles and the journey to inner peace.

A stop-motion anthology film spanning different worlds and characters but all set in the same house, The House is an off-beat dark comedy dealing with the themes of obsession, wealth and the pursuit of happiness. While the first two stories paint a picture of the dangers of hoarding wealth out of insecurity, the last story ends the cycle of obsession with wealth and the power we all hold to break free from the systems placed upon us. The almost-bizarre and eerily surreal animation style strung together by dark themes and concepts make for a thought-provoking screening that’ll definitely leave you dissecting the significance of materialism and corruption in our world.

Another masterpiece by Japanese director Satoshi Kon, Perfect Blue grapples with the blurred lines between fantasy and reality—but with a much darker take. The plot follows the life of Mima Kirigoe, a Japanese girl group idol member who retires to pursue her dream of becoming an actress. After getting stalked by an obsessive fan, Mima finds herself entangled in a series of incidents involving her paranoia of being stalked, murders and psychosis, which leaves Mimi unable to distinguish reality from her inner demons. The mind-bending plotline, fluid characters and thrilling soundtrack makes this a timeless masterpiece that’ll have you returning to piece the puzzle together each time you watch it. Do keep in mind that there are depictions of  sexual violence, so it might not be for everyone. 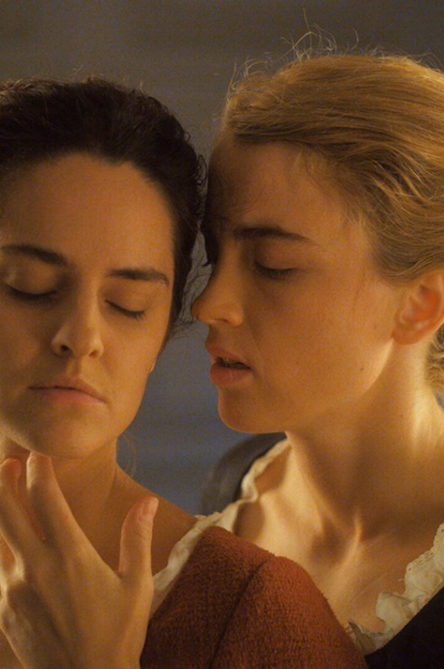 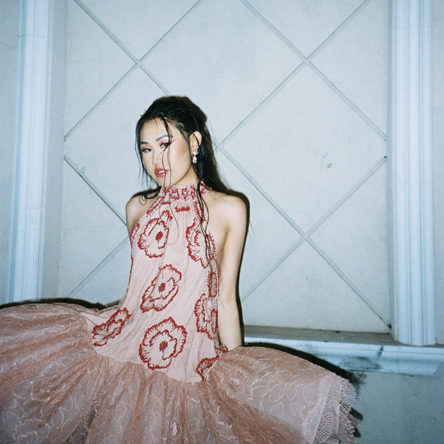