For many people, racism and the climate crisis are two huge—but separate—global issues that urgently need addressing. However, people of colour are disproportionately impacted by the climate crisis, as well as other environmental hazards, which shows just how closely the two are interlinked.

That’s why environmental racism, along with climate justice, are central themes of the Global Day of Climate Action taking place around the world on 25 September. First coined in the US by Dr Benjamin Chavis during the 1980s, environmental racism refers to the way in which communities of colour are more likely to be affected by toxic-waste facilities, rubbish dumps and air pollution.

Examples include Louisiana’s so-called Cancer Alley, an area that’s known for its high proportion of industrial plants. Shockingly, those living in the area are 50 times more likely to get cancer than the average American. On a global level, environmental racism sees landfill waste from countries including the US, UK and Australia being shipped to Southeast Asia, creating toxic dumps in countries such as Malaysia and the Philippines.

Countries in the global south are often sidelined when it comes to leading international conversations on the crisis—with the previous four United Nations climate change conferences all taking place in Europe (last year’s COP25 summit was moved from Chile to Spain due to social unrest in Santiago).

Here, we speak to four activists of colour from around the world about their experiences of environmental racism, and why it’s so important that we all stand up against it.

Nakabuye Hilda Flavia, 23, founder of the Fridays For Future Uganda, in Kampala

“Developed countries should take responsibility for their actions and clean up their mess. The biggest burden [should be] on developed countries because they contribute the most to global emissions, but this responsibility is shifting to us who are impacted the most; we are carrying the biggest burden of this whole situation, since we have to live with these effects every day.

“In the climate movement itself, there is an imbalance when it comes to people of colour and who is given more media space. Even at global conferences, activists of colour or people from the global south are always under represented. We should be on the frontlines because we are affected the most [and] therefore, we have more to contribute because we can draw from our experiences to offer solutions. We have to get together as a global community so that we can combat the effects of climate change.”

“People of colour are suffering from the climate crisis first-hand—a lot of people don’t give us the attention that we need. The fact that you would choose to listen to a white person on the same issue rather than a person of colour, to me, is environmental racism.

“In Bangalore, we’ve been experiencing severe rainfall and flooding. My own house got flooded last week. [Here] we usually have heavy rain, but in the 13 years that I’ve lived in this house, we have never experienced rains of that kind.

“A lot of the time, white people will say we were voiceless and that they’re giving a voice to us, but that’s not true. We’ve had a voice, and we’ve been shouting at the top of our voices for the longest time. We’ve been unheard, but we haven’t been voiceless.

“Environmental racism is the disproportionate effect of not only the climate crisis, but also the fossil-fuel industry and any extractive industry on minority communities. My town in Mexico was a target community. There are so many factories surrounding it, and all the waste from the factories goes to our river, which my grandfather used to be able to bathe in. Now it contaminates people’s water sources, people’s access to food.

“Environmental racism is also the stripping away of culture from communities, especially Indigenous communities, who rely on their environment for culture and tradition, and [their] livelihood.

“When you tell communities, ‘You’re actually being targeted for pollution’ and ‘The climate crisis is going to affect your community first’, that’s when they become empowered. That’s why we’re marching against environmental racism in New York to show people the issues are intersectional.

“The mainstream climate movement is portrayed as white and primarily European-led. The reality is that Indigenous people have been living with the Earth, taking care of the Earth and fighting for the protection of biodiversity for thousands of years. We need everybody to be talking about environmental racism and to be supporting us, but to give space for people of colour to lead.”

“On a global scale, you’re now seeing environmental racism in the sense that countries from the global south are the ones who are most impacted by the climate crisis, yet we have had no place in international spaces and policies.

“The Philippines is the second most vulnerable country to feel the impact of the climate crisis, especially because we are in the Pacific typhoon belt and the Ring of Fire [an area in the Pacific ocean where frequent earthquakes and volcanic eruptions take place]. Climate change is exacerbating [these factors].

“We’re having extreme storms. In May, Typhoon Vongfong wiped out one of the COVID-testing centres in this region, so to get tested, people have to go much further away. People who were displaced by the typhoon had to be put up in evacuation centres that were jam-packed—that’s also another COVID risk.

“Everyone has to stand up against environmental racism, but not in a way where you’re fighting for someone, but rather fighting with us. Instead of speaking for us, just silence the room and let us speak.” 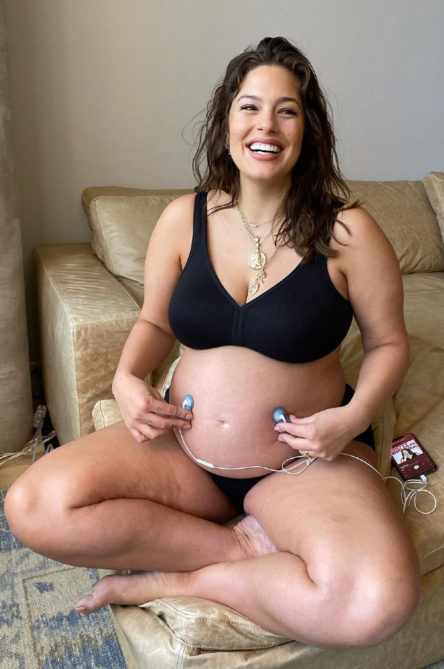 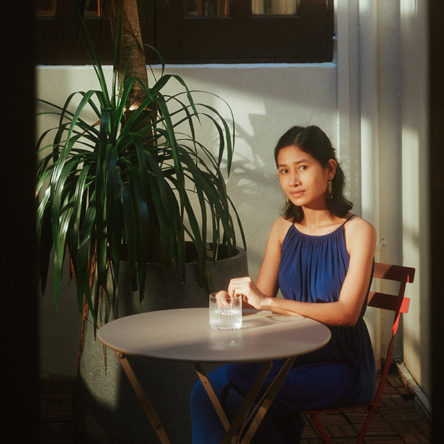