When influencers started appearing in street style photos and getting front row seats at Fashion Week in the early 2010s, the talk was that they would soon replace editors. Come 2020, that hasn’t really happened; there may be some overlap between the two jobs, but they’re still quite different (at least, this editor thinks so). Generally speaking, people look to magazine editors for certain things—trends, insider access, designer interviews, photo shoots—while they expect influencers to feel more like stylish friends, offering glimpses of their “real” lives, sharing relatable style advice, and—most importantly—explaining precisely why, how, and where you should buy that dress or sweater they’re wearing.

Moving product and driving sales have become an influencer’s most valuable skills. Literally: In 2019, brands spent $8 billion on influencers, a sum of sponsored social media posts, long-term partnerships and collaborations, and the commissions influencers make through affiliate programs like RewardStyle. Amber Venz Box launched the platform back in 2011 when she made an astute observation: Influencers were starting to act a lot like personal shoppers, directing their followers to stores and websites to shop their look. If those recommendations led to a sale, didn’t they deserve a cut of the profit?

All to say, it isn’t editors who should be worried about losing their market share. It’s retailers. Nine years after the launch of RewardStyle, the influencer market has exploded. Everyone wants to be an influencer now, and the surplus of talent can make it difficult to pinpoint the women or men whose sensibilities resonate most. Once you do, though, you may just come to trust their opinion and taste more than a traditional retailer’s—especially when those retailers are increasingly stocking the same brands and the same products, with no discernible point of view. If you know you love TyLynn Nguyen’s style and can shop directly from her feed—be it a COS T-shirt or a Khaite boot—why would you bother flipping through overstuffed racks or 10 pages of “new arrivals” to find something similar? Unless you’re a truly savvy shopper and know exactly what you want, it’s an overwhelming, uninspiring scroll into the abyss.

“There has to be a ‘solve’ for curation—not everyone wants to search Google to find a sandal,” Lunya founder Ashley Merrill points out. “And I don’t want to go to a big-box wholesale outlet that’s buying in broad strokes and is not tailored to my preferences. What I love about influencers is that I can specifically follow people whose tastes and curation I like, and get products and services I appreciate.”

“Influencers are like the new catalogue,” adds Nguyen, who has a devoted Instagram following of 125,000 and counting. “When you have that database of inspiration [on someone’s Instagram or blog], it is so much easier than walking into a store with a whole bunch of stuff on the shelves, and you don’t know how to style it.”

Beyond simply copying her outfit, which isn’t the point, it speaks to a broader shift in consumer behaviour: We want to hear from people, not corporations. A person who will tell you exactly what they love about a sweater—the softness of the cashmere, the length of the sleeve, the drape of the body—and show you (hopefully a few) ways to wear it. Unless you happen to like the way a retailer has styled that sweater on its website, likely on a headless model, all you’ll get is a brief product description and fabric breakdown. It’s almost entirely transactional. Of course, the same can be true of influencers; by now, customers know they earn healthy commissions on sales, and they’re legally obligated to disclose gifted items or sponsored posts on social media. The challenge now is to do it without sacrificing authenticity. When Nguyen shared the Prada “virtual street style shoot” she participated in last month, dressed in the brand head-to-toe and writing about her respect for it, she still looked like herself. It was clearly a branded exercise, but it felt personal and genuine, not contrived.

Nguyen’s edge is that she’s hyper-selective about those partnerships—you won’t see her promoting gummy vitamins anytime soon—and is committed to a less-is-more wardrobe; she has an IGTV series called Perfect Wardrobe wherein she discusses the merits of investing in timeless staples. She probably moves more product than the influencer who posts a new #Gifted ’gram a day, often with a random mix of designers and vibes. “I say no to a lot of people,” Nguyen says. “You have to have a clear vision and know who you are. I always ask myself, Will I wear that [gifted item] again? Will it stay with me for a long time? Would I buy it myself in the store? There is just so much out there, and you have to take away the noise and really pinpoint what your style is.”

“Just like a really good store, influencers have to be very careful about ensuring they have an honest point of view,” adds Tibi’s Amy Smilovic. “Bigger stores went down because they tried to be something to everyone. Influencers have to distinguish who they work with based on whether or not it fits their style.”

In years past, the main struggle was that brands often expected influencers to wear full looks, or they had strict guidelines for what influencers had to photograph or write in their posts. Now, most of those brands have realised there’s greater value in giving women like Nguyen creative control, both to get her excited about the project and to ensure the #Sponsored post feels natural. “Until a couple years ago, we were still battling a bit with brands to make sure they were going to let us pick the looks and style them the way we want,” says Delphine Del Val, Nguyen’s agent at Pool Creatives. “Now, for the most part, they let the girls [embrace] their style and aesthetic. If we get the sense that there is rigidity from the brand, or they’re going to be forceful about something, we’ll pass.”

Del Val also noted that as brands divest from wholesale—a trend accelerated by the pandemic when retailers canceled orders and sent truckloads of inventory back to designers—there are opportunities for them to work with influencers longer-term, perhaps over an entire season, with multiple posts or campaign shoots. “These brands don’t need the exposure retailers used to give them, and they don’t make any money when they’re selling like that [through wholesale]—only when they do direct-to-consumer,” Del Val says. “And I think people would rather support a brand than a big retailer now.”

Nguyen has worked with Net-a-Porter and commercial brands like Mango, but it’s when she’s partnering with independent labels and driving traffic to their direct websites that she fills the role of a “retailer.” At Lunya, Merrill has notably declined to partner with large department stores, mainly to avoid competing with them for online sales. Instead, she and her team are putting that money toward thoughtful partnerships with a small group of influencers. “Influencer partnerships at Lunya have generally been born organically, with us leaning into relationships grounded in true fandom,” she says. “We want authenticity in our ambassador crew. Typically, these relationships start with an influencer posting about us, and then us building on that relationship.”

Smilovic is trying out an interesting new approach at Tibi. After the pandemic hit in March, she chose to exit most of her department stores to focus on independent boutiques and influencer partnerships instead: “This spring, we’re working with an influencer in a whole new capacity. She’s a stylist who has cultivated a group of followers who seek her out for her distinct, honest viewpoint, and we will essentially be treating her as if she was a boutique,” Smilovic explains. “She can basically buy from us at wholesale and sell it to her clients as if she were a retailer, without four walls. COVID really made us think, Why would we look at wholesale in such a limited capacity? If many of the department stores won’t survive, maybe this is a new model we should explore.”

While some influencers are taking it a step further by launching their own brands (see: Chloé Harrouche, Arielle Charnas, Blair Eadie), the more compelling opportunity lies in the “solve for curation” Merrill was talking about. Maybe that’s a pop-up shop filled with an influencer’s favourite brands—something that could become easier and more affordable as retail spaces empty and rents decrease—or, for influencers with a global audience, a similar shopping experience online. “People want to find that one place they can go, and it used to be Barneys,” Nguyen says. “Now they’re looking for a way to do that at home.” 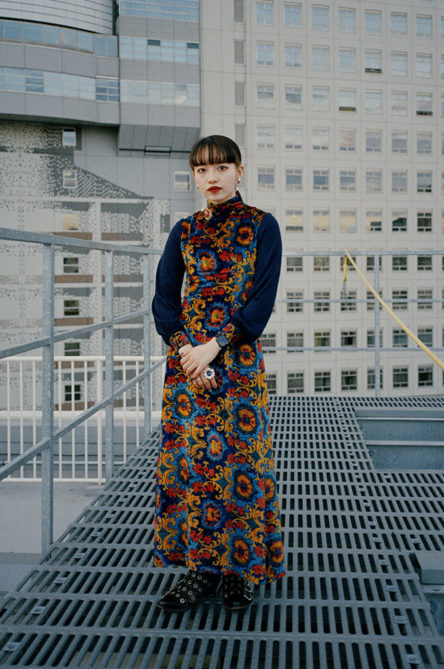 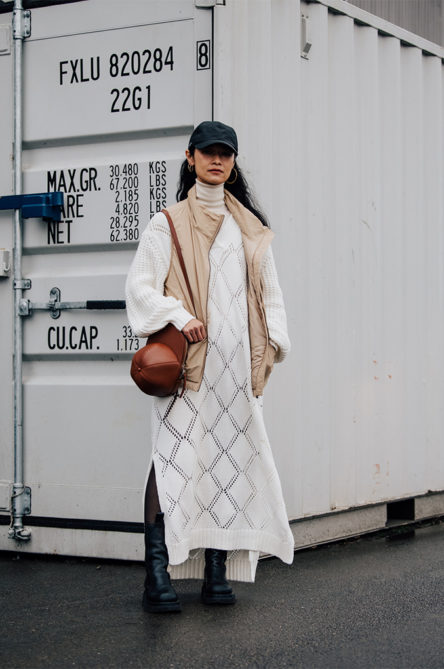