Unlike most other shows that came back in 2021, The Morning Show has decided not to ignore recent history. The early episodes of its second season tease disquieting news chyrons, and journalists dismissing a virus they’re just beginning to hear about in Wuhan. Then, all of a sudden, cameras are sweeping over New York’s silent streets—the real, abandoned New York, shot in mid-2020. It’s provocative. No one has done it quite like The Morning Show.

On it, Reese Witherspoon and Jennifer Aniston play two anchors on a major network struggling with its floundering flagship programme, as they are rocked by allegations of sexual abuse and workplace toxicity. The show begins as America’s dad, longtime anchor Mitch Kessler (Steve Carell), is outed as a sexual predator and is forced to depart in a furious cloud of disgrace.

He leaves behind his veteran onscreen partner, Alex Levy (Aniston), who barely has time to process the bombshell allegations before a new exec (Billy Crudup, having the time of his life) transplants a spitfire conservative journo, Bradley Jackson (Witherspoon), as Mitch’s replacement. Alex and Bradley clash, but there’s undeniable chemistry—between both the characters and their actors.

The Apple TV+ show’s first season was melodramatic and a little all over the place, but it undeniably had something to say. That message was a shot fired across the bow in the final seconds of the finale, as Bradley and Alex, live on air, blew the whistle on their toxic workplace and the network boss who encouraged it.

In the show’s second season, Bradley settling into the anchor chair on her own, decked out in a new hair color (and minus her charming, if flimsy, Southern accent). Alex is hiding out in the forests of Maine, chopping wood and trying her hardest not to think about her old life. Of course, the fates (or the show’s writers, if you like) conspire to bring them back together before long.

Below, we sat down with Aniston and Witherspoon to get answered our most ardent questions on the show’s messy but sparkling sophomore outing.

Hi, Jen! Hey, Reese! Let’s get started—what should audiences expect from the second season of The Morning Show?
Jennifer Aniston: We tune into season two just moments after Bradley [Witherspoon’s character] and Alex [Aniston’s] get shut down on air. So there’s a real energy, right out of the gate. There’s guilt, there’s self-reckoning. There’s twists and turns we can’t talk about. But it definitely gets spicy.

Reese Witherspoon: Season one was all about #MeToo—this season is really about exploring that time right before the whole world shut down because of the pandemic. So it’s January to March, 2020. And we’re dealing with systemic racism, homophobia, ageism. And our relationship to power is, as women inside of a news media organisation.

We’ll obviously get to see Alex and Bradley deal with the pandemic. But how did it affect you two, as actors and producers of the show?
JA: It really took me down. It was hard. We had already shot the first bit of the show before the pandemic hit. Then the show was rewritten to incorporate COVID. Creating a show in the midst of all of that—we’re talking protocols, endless Zooms, making sure everybody was safe. I wanted to see my crew’s faces; I love these people. But during rehearsals, it was very masks-on-shields-up. And then you’re rolling, and all of a sudden it’s like: “Oh, I guess the virus doesn’t exist now, for this five minute scene we’re going to do.” But we got through it. We survived. And we made a really, really good show, I think.

Why did you choose to incorporate the pandemic into the second season’s storyline?
JA: I’m glad we weren’t doing some sort of a sci-fi or Western or something where we were completely out of the reality of what was happening. We were able to say something about something. Trying to make a difference, or make some kind of stamp. We weren’t on a spaceship trying to live in an alternate universe where COVID didn’t exist.

How directly were you two working with one another this season?
RW: [laughs] Well, a lot. We collaborate a lot. I mean, this season we had very different storylines. It was kind of like, I’d be working in the morning and Jen would be working in the afternoon. But whenever we saw each other, we’d have a coffee or catch-up.

Has filming the show changed your perspective about journalism?
RW: Journalism has shifted so much as a profession, especially in the last five years, with social media and misinformation and politicised news. I think it’s hard for audiences to find the truth. We’re all searching for it. There used to be one kind of universal truth—now there’s a thousand different truths. I really see it with my children, in that they get their news in different places than I do.

JA: The generational gaps are interesting, too. The kids are so black and white… Everyone’s just out for blood.

If you were journalists, what kind of topics do you think you’d want to cover?
JA: Digesting every moment of a news cycle sounds so hard. I get to take a break and turn [the news] off and say, “Okay, I need to watch a fart movie.” Or something that’s not going to be too hard to digest. But everyone in the news world has to be constantly tuned in, phones exploding with one news story after the next. Practising any kind of self-care or sanity in the midst of all that. I can’t imagine.

RW: I feel lucky that I grew up in a time where there were things I didn’t know.

JA: Me, too. Ignorance was bliss.

There’s so much pressure to be perfect in the world of ‘The Morning Show.’ But at the same time, everyone is replaceable. You’re women working in Hollywood; have you ever felt that way?
RW: Oh my gosh, all the time. It’s a very unforgiving time we’re living in. I think we’re all just humans trying to figure it out. We’re all capable of terrible things, and we’re all capable of great things. None of us is just that one horrible thing we did. I think the show really beautifully addresses cancel culture, and that there’s a human cost to exiling people or condemning them.

What do you love most about the characters you play?
JA: Oh, for me, I love Alex’s absolute ability to be professional in one moment, and then lose her shit uncontrollably in the next moment. She’s quite the human pendulum.

What about Bradley, Reese?
RW: This season, Bradley’s very vulnerable. She’s on a journey of self-discovery. She’s really questioning the places she came from, and her place in the world. That was really fun to play. I know so many people who are in their forties and still discovering who they are. So it was really very meaningful.

The second season of The Morning Show is streaming on Apple TV+ now, with new episodes dropping every Friday. 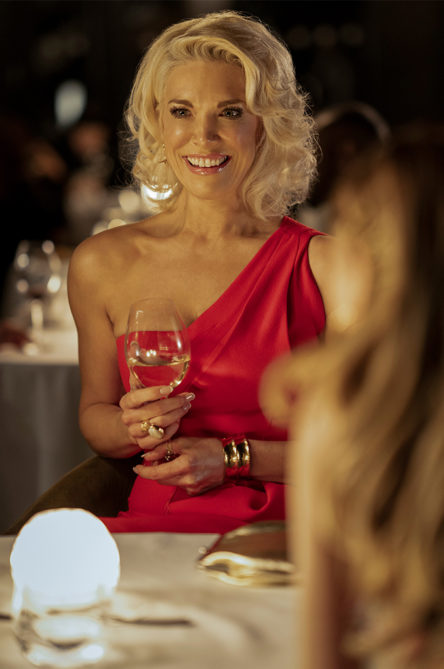 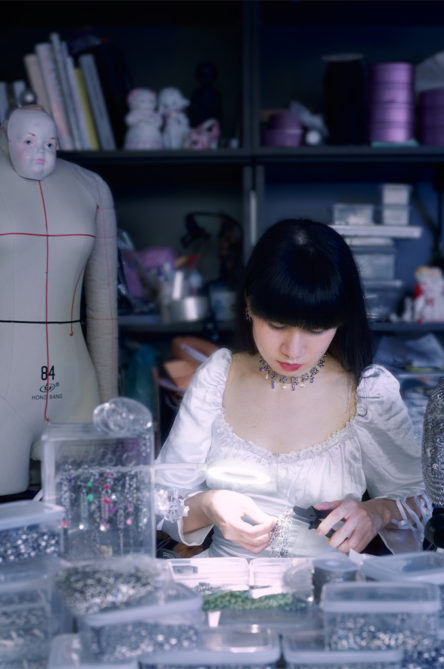