Around 2010, five years into Raf Simons’s star-making tenure at the house of Jil Sander, he was talking to a member of his team who oversaw the sourcing of fabrics and began thinking about how they could expand beyond their usual suppliers. What sparked Simons’s curiosity first and foremost was the possibility of using upholstery fabrics for clothes—and his colleague knew exactly who to call. “He brought all of this Kvadrat fabric in,” Simons remembers. “I think the first thing I said was, ‘Wow.’”

While Simons went on to use Kvadrat textiles for a handful of his Jil Sander collections, it wasn’t until a few years later, in 2014, that they fully reconnected. The collaboration came in part thanks to the legendary British art director Peter Saville; after introducing Simons to the Danish company’s CEO Anders Byriel, conversation quickly turned to how they could evolve their previous dalliance into a more robust working relationship. “Anders came to Antwerp and we talked it through, and it was all very simple,” says Simons. “He said, we would love to collaborate: What do you think? And I actually agreed to it right away in that meeting.”

“I think I’m still, deep inside, a hardcore industrial designer at heart”

Over the past eight years, as Simons moved to Dior, then Calvin Klein, and eventually Prada, where he currently serves as co-creative director, his collaborations with Kvadrat have proven to be a steady constant. While the end product—a series of fabrics that speak to Simons’s distinctive eye for colour and texture—has been occasionally used by Simons on the runway, its primary application has been as upholstery or accents for furniture and interior designers. (Browse the pages of Architectural Digest or The World of Interiors, and you’ll have likely noticed just how popular—and versatile—the textiles have become.)

As of this week, Simons and Kvadrat have decided to take their partnership into a new realm, with the debut of their first homewares capsule; or, as they describe it, a “lifestyle accessories concept.” Loosely inspired by the practicality and simplicity of Shaker interiors, the system revolves around a horizontal bar (adorned with their previously developed Vidar 4 fabric and available in four tasteful shades of off-white, pink, green, and black) designed to be hung in the home as a kind of storage unit. As for what you might want to hang off it? Simons has you covered: There are key chains, caps, tote bags, and shopping bags if you wish to place it in your entryway, as well as throws and cushions, mirror trays and accessory boxes, and even a leather strap for storing magazines.

“I felt challenged to think about what I would almost describe the forgotten objects in our house, even if they are not forgotten, because they are always around,” he says. “I think that for most people who have a toilet bag, it’s just a toilet bag. You have your key hanger, and your little mirror, but they’re probably all not really related. I wasn’t attracted to simply making a series of objects. I thought, how can I give an identity to all these things together and make them relate to each other?”

“My interest in industrial design has always been, at its core, about serving people”

For that, Simons turned to an unlikely source of inspiration, given the project’s sleek, contemporary-feeling outcome: the Shaker community. “I liked the idea of a system, but I didn’t want it to look like a storage unit or anything,” Simons explains. “That’s how we came to the idea of the bar, inspired by the Shakers, who I’ve been obsessed with my whole life.” (Eagle-eyed Simons fans may remember nods to their classic New England wooden barns in his campaigns for Calvin Klein.) “Their approach to design feels almost futuristic because it’s so uncommon—it doesn’t look at all like any other interior design that you know.”

Still, Simons was eager to put his own twist on the look. “Taking that inspiration and developing the aesthetic of it was a longer process, as I didn’t want to just design a Shaker bar,” he continues. “I was thinking a lot about the simplicity of the things that we sit with in our houses, the horizontal lines of windows and door openings and heating units, and trying to echo that.”

This emphasis on remaining unintrusive can be traced back to Simons’s roots: He initially studied industrial design and furniture design before falling in with the Antwerp Six crowd in the early 1990s and eventually turning his hand to fashion. “My interest in industrial design has always been, at its core, about serving people, and making people’s lives easier, better, more functional,” Simons says. “I don’t want to sound like somebody who is critiquing what’s happening in the design world, but I see a lot of furniture being designed just as objects, and I find it disconnected from people and people’s lives, and that’s something that I absolutely do not want to do myself. You can put it in your house, but you can’t sit on it, or you probably don’t want your dog to jump on it—that’s so not what I like. I’m not judging it from an aesthetic point of view, I’m judging it more from an attitude point of view, and I think that’s the industrial designer in me being very much alive.”

It quickly becomes clear that part of the reason for the longevity of Simons’s relationship with Kvadrat lies not just in his admiration for their spirit of innovation and emphasis on quality, but also the contrast it offers to the fast-paced hamster wheel of churning out multiple fashion collections a year. He describes the process of developing the textiles with a kind of misty-eyed romanticism, considering the journey from ideation to debuting a new fabric often takes the best part of two or three years. “I love the mentality, I love the speed, which is actually not the right word because it’s the opposite of speed,” he adds. “It’s amazing that there are companies who allow themselves to still do that these days, because in fashion it’s something else entirely. Everything is against the clock, all the time. With this project, we really took a very, very, very long time to let it develop.”

“I love to see how people interpret it, and sometimes it even inspires me”

So too has Simons’s work with Kvadrat come to inform and reshape his approach to fashion design, reminding him that the ultimate goal—however obvious it might seem—is to produce something that can be reimagined and reinterpreted endlessly by its user. “The last thing I want is to impose something on somebody, and it’s the same with my fashion collections,” he says. “With fashion, I am very specific about the show or with the photographs, but the moment it’s done and the last model is out, I don’t care. I love to see how people interpret it, and sometimes it even inspires me. Sometimes I see the clothes being worn, and I think, how could I be so stupid that I didn’t think about that kind of styling or combination? And it’s the same with this product.”

If Simons does care to see his designs for Kvadrat being used and enjoyed, he could head over to Copenhagen, where Kvadrat has opened a dedicated accessories store for the first time, displaying the product range alongside vintage furniture pieces by the Swedish designer Axel Einar Hjorth. (The collection will also be available in a select range of international stockists, including Dover Street Market and 10 Corso Como in Milan.)

Given how much pleasure Simons has clearly found in working on the project, the only real question that remains is: What took him so long? “We’ve been doing the fabrics for eight years or so now, and they have often expressed doing something that is a more defined object, and I was always very resistant,” says Simons, with a gentle laugh. “I think I’m still, deep inside, a hardcore industrial designer at heart.” 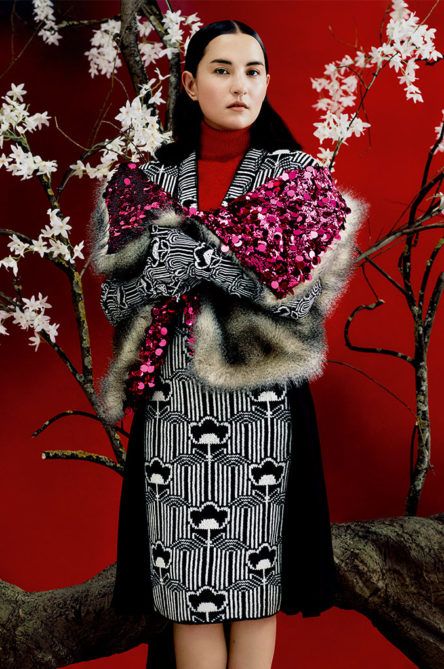 Speaking the same language: one year on, Miuccia Prada and Raf Simons discuss their creative partnership 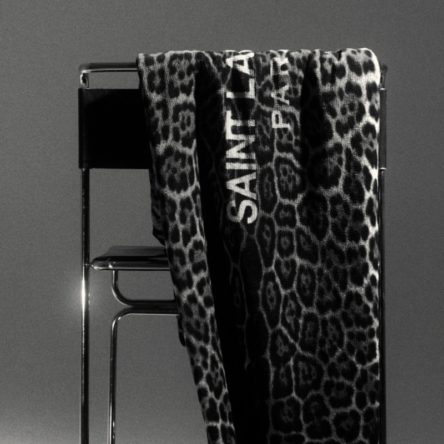 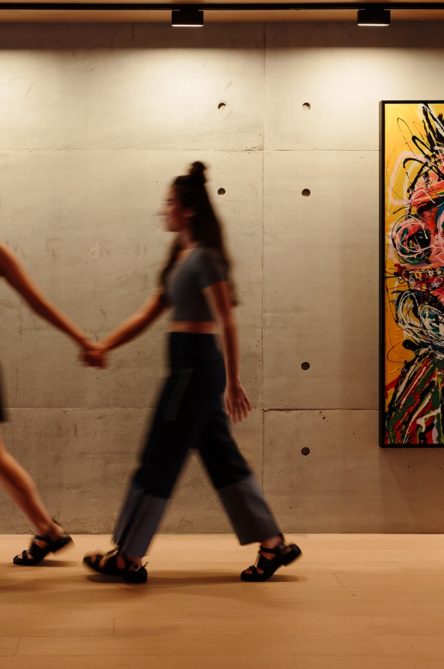 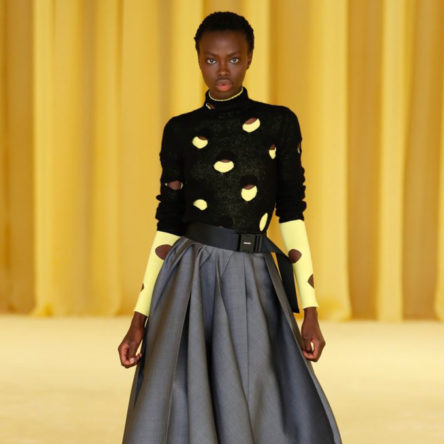