It’s amazing what a few carefully implemented updates can do to give a classic watch a contemporary spirit. That’s precisely what Patek Philippe did with its iconic Twenty~4 Ref. 4910, a model first introduced in 1999 and that has remained mostly unchanged—until now. 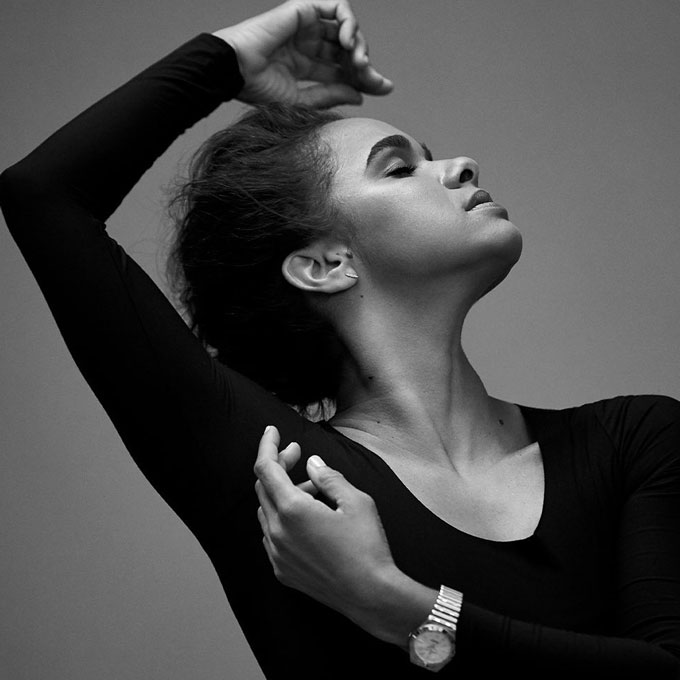 The quintessential Patek Philippe ladies timepiece, the Twenty~4 was so named because it was intended as a daily companion for the modern woman. It was also Patek Philippe’s first collection designed exclusively for women.

Timeless elegance is the operative phrase for the Twenty~4, and this watch delivers it beyond any doubt. Its Art Deco-inspired bracelet design was both comfortable and versatile, curving around the wrist like a second skin. The French call this a manchette design for the way it resembles a cuff or bangle. Patek Philippe ensured perfect curvature with a cambered rectangular case, paired with smooth, articulated links.

The early Ref. 4910 models were immediately recognisable for the oversized Roman numeral XII and VI, as well as sparkling diamond indexes. But over the years, Patek Philippe has also made numerous high jewellery and artisanal variations which marry the watch’s classic good looks with exquisite gem-setting and traditional métiers d’arts.

As some may recall, the Twenty~4 got a technical upgrade in 2018 when Patek Philippe introduced the mechanical self-winding Ref. 7300. Operating on the in-house Calibre 324 SC, its novel round case and integrated bracelet ushered in a brand new look for this timeless ladies watch. It was a refreshing change as well from the rectangular aesthetic of the original Ref. 4910, and a big step up from the latter’s quartz movement. After all, if there’s one thing that Patek Philippe has in spades, is the ability to produce the finest mechanical movements in the world.

But despite the surging popularity of Ref. 7300, demand for the quartz-driven Ref. 4910 remains ever robust, leading Patek Philippe to revamp the existing reference and release a contemporary variation.

Preserving the original identity first seen in 1999, two new models join the fray, updated with Arabic instead of Roman numerals, and linear instead of dot indexes. Admittedly, these sound like really minor changes but look at the pieces in the metal and you’ll immediately feel fresh modern vibes emanating from their elegant sunburst dials. Plus the watch now comes with glow-in-the-dark Superluminova too.

Cased in stainless steel and set with two rows of diamonds, Ref. 4910/1200A takes us back to the time Patek Philippe boldly created a ladies watch that mixed industrial with glamour, as during the 90s, steel watches set with diamonds were almost unimaginable. These additions to the Twenty~4 family show us that good watchmaking doesn’t always have to be about high complications. Sometimes it’s just about being in tune with our lifestyles. The new Twenty~4 Ref. 4910/1200A is priced at $19,400.