After two-and-a-half years of border closures, in 2023, nearly every country in the world will be open for tourists again. So it’s no surprise that a whole new group of hotels will be too, from adventurous river lodges in Bhutan, to aristocratic mansions in Munich, to sprawling eco-resorts in the Caribbean.

Out of the hundreds of properties cutting ribbons in their lobbies, 26, in particular, have piqued our interest. For some, it’s due to their intriguing interior design: famed interior decorator Martin Brudnizki has not one, but two Paris projects opening this year, while Silicon Valley’s favourite artistic maestro Ken Fulk is building a moody 21-room retreat in the middle of Marin County’s coastal wilderness. Meanwhile, Christian Louboutin is working on his own fashionable getaway in Melides, Portugal, a seaside town that’s inspired his designs for decades.

Others have already attracted attention for their spectacular grandeur. London’s landmark Old War Office—where Churchill orchestrated the Allied war effort against the Axis powers—will become a five-star Raffles hotel with a Guerlain spa. In Mexico City, the creative member’s club Soho House has transformed a Baroque mansion into an urban oasis filled with greenery and local art. Richard Branson is also up to something in Mallorca, currently transforming a 15th-century estate set across 810 acres in Serra de Tramontana into a sun-drenched five-star getaway.

Then, there are those notable for their idyllic location: andBeyond’s first lodge in Asia is nestled right in Bhutan’s lush Punakha Valley, and Six Senses will occupy 38 acres on the southern tip of Grenada.

Below, the new hotels in 2023 worth keeping in mind for your next vacation.

Soon to arrive in the heart of the Marais is Le Grand Mazarin, a Martin Brudnizki-designed hotel that features 17th-century-inspired decor. It’s the first urban property by Maisons Pariente, the group behind ultra-chic hotels like Lou Pinot in Saint Tropez and Le Coucou in Méribel.

The 132-room Rosewood Munich is set across two historic buildings upon Kardinal-Faulhaber-Strasse: the first, the former State Bank of Bavaria; the second, the Palais Neuhaus-Preysing. Great care is being taken to preserve the original facades and details of the 18th and 19th-century buildings, which are located within walking distance of the central Marienplatz square.

Christian Louboutin has long considered Melides, Portugal, his creative respite. Now, he wants others to consider it theirs, too: this spring, he will open up a 13-room boutique hotel in partnership with Marugal. The fashion designer personally sourced all the furniture, art, and ceramics, all meant to reflect the rich history of the Alentejo coast town. Oh, and expect accents of his signature shade: Vermelho means red in Portuguese, after all.

This summer, Richard Branson will open a new hotel in Mallorca, set upon an 810-acre estate in the Serra de Tramontana. Its 15th-century building is undergoing a massive renovation to include 28 guest rooms, two restaurants, lounges, several terraces, and a swimming pool with views of the famed Foradada.

It’s a homecoming for Bulgari with the opening of the Bulgari Rome, the Italian brand’s first hospitality project in the very city they were founded in. Architect Antonio Citterio Patricia Viel transformed a 1930s building in the Campaign Marzio neighbourhood into a 100-room hotel, complete with a restaurant by Michelin-starred chef Niko Romito.

The OWO—or the “Old War Office” in London, which acted as Churchill’s headquarters during World War II—gets a second life this year as Raffles’s first hotel in the United Kingdom. Along with 120 suites and 86 residences, Raffles at the OWO will feature nine restaurants, three bars, and a Guerlain spa.

100 Princes Street, whose name is a nod to their illustrious address on one of Edinburgh’s most famous streets, will have interiors inspired by Alexander McQueen: think custom-made tartan by Araminta Campbell and a central staircase with a hand-painted mural by Croxford and Saunders of Scottish explorers. Guest rooms have views of Edinburgh Castle, and fittingly, there’s also an impressive collection of Scottish whiskey.

The Martin Brudnizki-designed La Fantaisie will open this spring in the heart of Paris’s 9th arrondissement. Its dreamlike interiors are to be inspired by nature: ornate walls and ceilings are adorned with floral wallpaper, whereas guest rooms are swathed in soft greens and yellows. The chic central area is a plant-filled courtyard that pays homage to their location on the Rue Cadet, a street named after famed gardeners Jacques and Jean Cadet. Three Michelin-starred chef Dominique Crenn will oversee the culinary program.

A short walk to the Trevi Fountain is the Rome Edition, the first Italian property of famed proprietor Ian Schrager’s luxury hotel brand. Housed in an Italian rationalist building by Marcello Piacentini, it will have 93 guest rooms as well as a rooftop terrace complete with a swimming pool.

SoHo’s beloved Crosby Street Hotel gets a sister property this year with the Warren Street Hotel, which is owned by the same husband-wife duo, Tim and Kit Kemp. Built on the site of an old car park, the 11-story Firmdale property will include guest rooms, a drawing room, the Warren Bar and Restaurant, as well as an Orangery. An added bonus? Every space has floor-to-ceiling windows, so you can gaze out onto downtown Manhattan.

Opening this winter in Los Olivos is the Inn at Mattei’s Tavern, an Auberge Resort. It has an illustrious past—in the 1800s, the tavern was a stagecoach stop during California’s infamous gold rush. Now, it’s getting a luxurious new life as a ranch-style resort with 67 guest rooms, several cottages, a spa, and a pool set amid an idyllic olive grove.

New York welcomes another Martin Brudnizki-designed space with The Fifth Avenue Hotel in NoMad, which will embrace the jewel tones and soft velvets the famed interior decorator is known for. The food and beverage program is being developed by critically acclaimed chef Andrew Carmellini, ensuring The Fifth will be a luxurious epicurean destination as well.

Post Company, whose previous projects include Inness and the Lake House on Canandaigua, was inspired by both Portland’s historic West End architecture as well as Maine’s rugged eastern coastline when designing the new Longfellow Hotel. Think hardwood floors mixed with lime-washed walls, intricate mosaic tile flooring, pine accents and an appropriate amount of navy. In addition to its 48 guest rooms, there will be a Nordic-inspired spa and a yet-to-be-announced restaurant from Portland-based purveyors.

Bordering 71,000 acres in Northern California’s Point Reyes National Seashore is Mankas, a remote retreat co-owned and designed by interior decorating maestro Ken Fulk. With only 21 rooms total—some of which are cottages—it’s set to embed its guests in the moody coastal wilderness, inspiring adventures along the way.

In the heart of Waikiki is the Wayfinder, a 228-room hotel that aims to embody authentic Hawaii. Interior designer Vanguard Theory uses a colour scheme in the Brutalist building that’s inspired by the sky, ocean, and flowers of the state, as well as natural fibre furniture and native plants as botanical accents. In addition to their 228 guest rooms will be a coffee shop, a tropical speakeasy, and a made-to-order poke restaurant by the owners of the local supermarket chain renowned for its poke bars, Foodland.

The company behind the famed Hotel du Cap-Eden-Roc will open The Vineta, a boutique property housed in a nearly 100-year-old Mediterranean Revival building two blocks off of Worth Avenue. (Most recently, the space housed The Chesterfield.) In addition to their 41 guest rooms, there will be an al fresco courtyard restaurant and a bar. They will also be revamping the famed “Leopard Lounge” that, in its heyday, was a buzzy nightlife attraction for Palm Beach’s glitterati.

This September, luxury safari lodge andBeyond will open their first property in Asia, deep in Bhutan’s lush Punakha Valley. Tents—as well as a lodge in the traditional Bhutanese architectural style—will sit on the cusp of sprawling paddy fields and the Mo Chhu River. It aims to be an adventurer’s playground, offering rafting, kayaking, fishing, and hiking.

This January, the Ned—a private member’s club and hotel with locations in New York and London—opens in the capital city of Qatar. Housed in the former Ministry of the Interior Building, which was designed by acclaimed Lebanese architect William Sednaoui, it boasts 90 guest rooms, seven restaurants, a spa, and a gym, as well as expansive reviews of the Persian Sea.

Opening right off Singapore’s famed Orchard Road is the Standard Singapore, which aims to enhance the city’s already vibrant cultural scene with its buzzy, night-life-focused brand. In addition to their 143 rooms will be a signature restaurant, an infinity pool, and a bar set within a botanical courtyard.

Future Found Sanctuary by Time & Tide somehow balances being both an urban as well as a nature retreat: set in the city limits of Cape Town, it also borders Table Mountain National Park, a UNESCO world heritage site that features Table Mountain and the Cape of Good Hope. Run by Time and Tide, a luxury safari and island operator, it will have a strong focus on wellness: guests can enjoy waterfall walks, sensory spa treatments, as well as meals made with vegetables from their organic garden.

Opening in the Nambiti reserve—home to 50 species of wildlife—is the new eco-luxury lodge The Homestead. Small in scale—there are only 12 suites—yet set upon over 23, 000 acres of wilderness, The Homestead will offer everything from tailored game drives to cooking classes and birding adventures.

Stylish hospitality brand Fasano will open their second hotel in Sao Paulo—their flagship city—with Fasano Itaim. The 16,000-square-foot property in the heart of the business district, designed by studio MK27, describes its decor as contemporary Brazilian and will include restaurants, bars, and residences.

In early 2023, Soho House will open its first Latin America hotel and club in Mexico City’s Colonia Juárez neighbourhood. To do so, they transformed a formerly private Baroque home into a sprawling creative retreat with multiple guest rooms, three lounges, an outdoor courtyard, and a pool. Soho Home, their interior decor group, filled the new outpost with authentic furniture by local makers and over 100 paintings from Mexican artists.

This January, a new Habitats retreat will open that’s only 10 minutes from San Miguel’s historic city centre, yet firmly embedded in the countryside: 60 earth-toned rooms are spread across sweeping desert fields dotted with cacti and offer sweeping views of the Valle de Los Senderos. A wellness centre will include natural hot springs.

The first-ever Six Senses resort in the Caribbean will be set upon 38 acres in Southern Grenada, also known as the “Spice Isle.” With no building higher than a palm tree, the completely sustainable resort aims to resemble a Caribbean village, connected by pathways made of nutmeg shells and cocoa skin. Like other Six Senses, the heart of the compound will be their spa, which is complete with a holistic anti-aging centre. 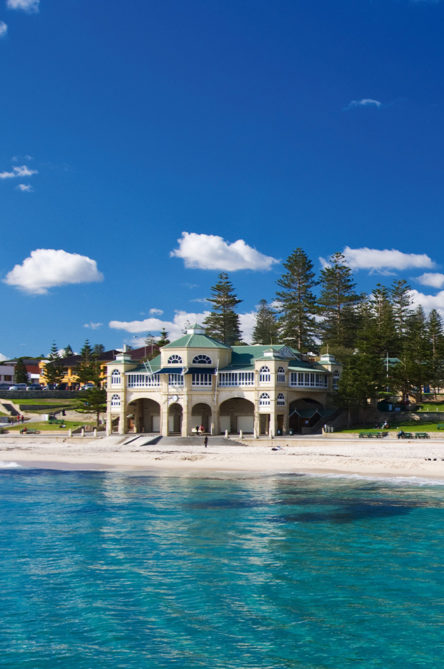 The best places to stay, eat and drink in Perth 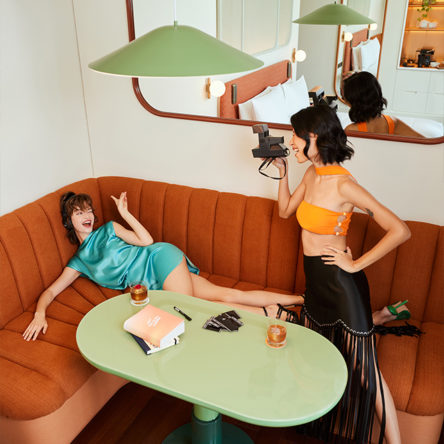 The Standard, Bangkok Mahanakhon is the latest hotel to see and be seen 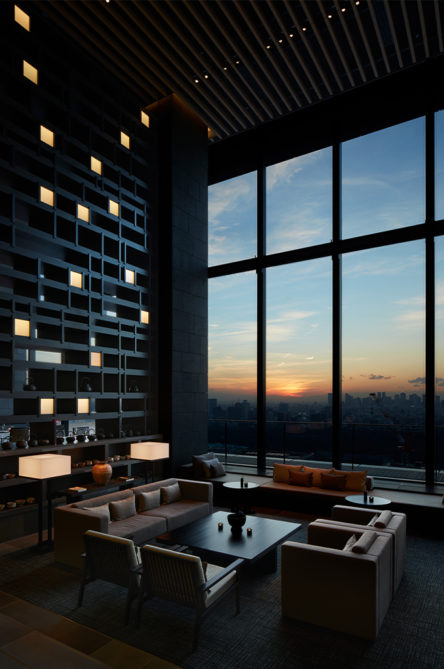 The 7 best luxury hotels in Tokyo 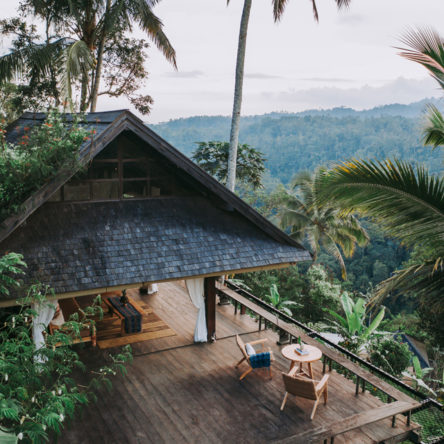