M3gan has enlivened the normally dull January box office, blanketed TikTok with its killer doll-bot’s noodling dance moves, and reminded us all of the glory of campy gore. And behind 2023’s first certifiable film hit is one of the most exciting voices in horror: screenwriter Akela Cooper.

Formerly a TV writer on Grimm, American Horror Story, and other series, Cooper also penned Malignant (2021) and the forthcoming The Nun 2, a sequel to 2019’s chilling original. Five years ago, Cooper—a lifelong horror fan who was reared on *A Nightmare on Elm Street—*was writing spec scripts on breaks from work when she was approached by a production company, Atomic Monster, about writing a script envisioned as Child’s Play meets 1986’s Chopping Mall. In Cooper’s hands, the resulting screenplay became M3gan, starring Allison Williams as an aunt who inherits her orphaned niece, and creates a A.I. robotics “friend”—M3gan—to help mind her.

Vogue spoke with Cooper about M3gan mania, the return of her preferred B-movie horror, and leaving the door open for a sequel.

M3gan is a box office success and a TikTok phenomenon. When did you first start to realise it was becoming a thing?
It was the trailer. I had been at Comic-Con in San Diego on a horror panel with a bunch of other incredibly talented writers and directors, and one of them pulled me aside and he was like, “I love M3gan. She’s gonna become a gay icon.” And I was like, huh? He knew. I’d also seen an early cut and rough cuts are usually terrible, but halfway through I turned to my friend and I’m like, “Am I just super biased or is this really good?” It wasn’t until we were at the premiere at Universal and they had the dancing M3gans, and then reviews started coming out, that it was just like, Oh my goodness, we created a phenomenon.

Speaking of the M3gan dance: How did you describe that on the page? I’ve been dancing my whole life, but I don’t know if I could put this dance into words.
Well, I have to be honest, this is where the beauty of production and script merge. In my initial drafts, we didn’t know how M3gan was going to be built. The mandate was that I couldn’t write her having that much movement, because if it’s puppetry or if it’s VFX, that’s going to cost a lot of money, so I did not write the dance. That came after the casting of Amie Donald [the body of M3gan], who is a trained dancer. At some point, Gerard Johnstone, the director, was like, “We have a trained dancer, what if M3gan was dancing?”

Going back to Comic-Con, does it suffice to say that you were not initially writing M3gan as a gay icon?
No. On the page, the only thing I made sure of—because we needed to differentiate M3gan from Chucky and Annabelle, who are dolls—was that M3gan is the size of an eight-year-old child, because she needed to relate to Cady [Violet McGraw]. Gerard designed the outfit, which I remember from when Judson Scott, the producer, showed me the initial photo, I was like, “Oh my gosh, she looks like a deranged sorority girl.” It was perfect, and because M3gan is so closely tied with the character of Gemma, once we had Allison Williams cast, that influenced the design as well, because M3gan kind of looks like Allison Williams as a kid.

I have to ask you about Chucky, because—I guess my family is sick, but Chucky was a huge deal in our household. We were hiding dolls with knives around the house trying to scare each other. I read Child’s Play was also one of your big horror movies growing up. Did you go back and watch, or did it influence you, either positively or negatively?
I didn’t rewatch it, but obviously Chucky is, like, the preeminent killer doll. I love Chucky. That was one of the first movies where, as a little kid, when I learned to operate the video player, I would put on Child’s Play. Also growing up, I had a My Buddy doll, so I would watch Child’s Play with my My Buddy Doll, just wondering, what would it be like if My Buddy came to life? We did want to differentiate it, so emotionally, in Child’s Play, the doll is trying to kill Andy, whereas here, M3gan has an A.I. emotional connection to Cady and is killing to protect her.

When producers came to you about a Child’s Play-meets-Chopping Mall movie, what were some of your big ideas for turning that into a script?
Well, immediately I knew her name was gonna be M3gan and I knew I wanted the story to be about a girl who was orphaned and who would need emotional support. Putting myself into the story as a single woman, my world would be completely shifted if I had to suddenly take care of a traumatised child. The lore is that my older sister, early in the aughts when I first moved out to L.A., called me because she and her husband were doing their will, and was like, “Hey, if anything happens to us and if anything happens to our parents, the kids are coming to you next.” I’m like, “Why are you calling me with this and what makes you think I can take care of two children? You’re not gonna die. Our parents aren’t gonna die. I’m gonna end this phone call now.” But that call clearly stuck with me.

“To me, M3gan is a fun horror film about a doll killing people. That is what you are paying your money to see.”

You wrote M3gan five years ago, and both A.I. and the clime around childcare and parenting in this country have changed so much since then. I can’t help but feel like there’s commentary here with parenting and tech and outsourcing that incredibly difficult role.
The fact that it’s coming out now and we’ve got the A.I. art and bots that can write stories, it is more prescient than we thought it would be. We really were just thinking about, could you have your Alexa babysit your child, if you took that and put it in the body of a robot? It’s fortuitous that this is coming out now, when everyone is having these anxieties about, what am I inviting into my house and what am I leaving my children with?

You were drawn to horror even as a kid. What was it about scary movies that hooked you?
I think it’s just in my DNA at this point. My parents are both big lovers of science-fiction but my dad also likes B-movies, like Stan Winston’s Pumpkinhead is a huge, huge thing in our house. My older sister was a big fan of A Nightmare on Elm Street, Friday the 13th, Hellraiser. I walked in on her watching, I think it was Hellraiser 2, and it was the moment where the female character is coming back from hell—like, out of a mattress—and she’s got no skin, and I was just like, okay, I know I don’t need to continue watching this, because it’s gonna give me nightmares. But it’s thrilling, as a child, to be scared. I would hide behind corners, if my mom was in the kitchen or coming back from the bathroom, and I would jump out and scream and make her yell. I was like, I wanna do this to people. It’s always been something that I’ve wanted to do.

M3gan is raising a conversation about elevated horror versus gory, campy, traditionally fun horror. How would you categorise the genre that M3gan falls into?
Personally, I enjoy a good B-movie that knows it’s a B-movie and delivers to the viewer what it promised. And so, to me, M3gan is a fun horror film about a doll killing people. That is what you are paying your money to see. We do kind of have a theme of A.I. and human interaction and parental control, but at the end of the day, this is a movie about a four-foot doll that murders people. I think this is a fun, B- horror movie, and I am happy to be a part of that.

I don’t want to shit on elevated horror. Hereditary is one of my favourite films of the last decade, as is Get Out, but once Hollywood latches onto something, that’s all they tend to produce. I am happy to be aiding in the fact that fun, B-horror movies are coming back. I’m a baby of the ’80s and a child of the ’90s: Those those are my jams.

Is there ever a sense of pressure, as a Black writer, to have to write horror that comes with social commentary?
I have been in those executive meetings where I was pitching something original and the executive is like, “But what is it saying? What is it speaking to, you know, socially?” And I’m like, “It’s just the horror movie.” The revolutionary act is that they’re Black main characters who are going through a horror movie. Can it just be that?

A lot of those horror movies that we grew up on—the Nightmare on Elm Streets—were franchises. Could there be a continuation of M3gan?
Like horror movies of the ’80s, you have to have that open-ended, wink-wink ending, so yes, we did leave the door open. If people who have more power than me want to green-light a M3gan sequel, I am there with bells on. 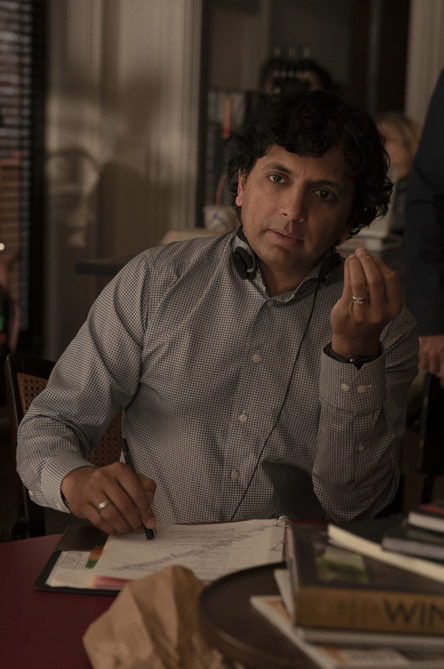 M. Night Shyamalan on the joys of working with other filmmakers for the final season of 'Servant' 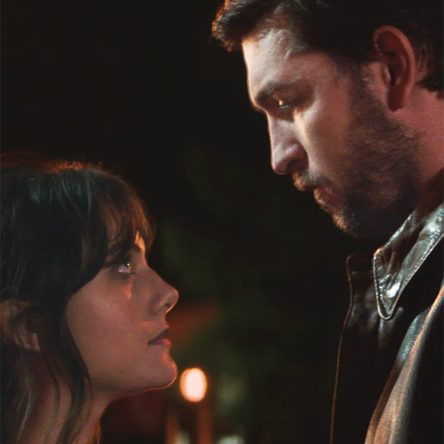 Sundance Film Festival 2023: The 10 buzziest releases to look out for 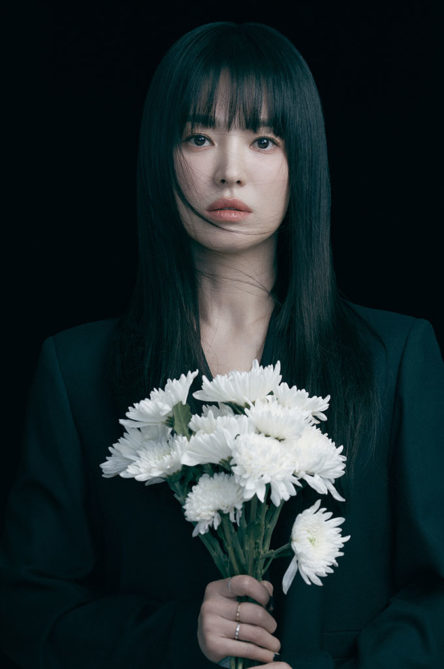 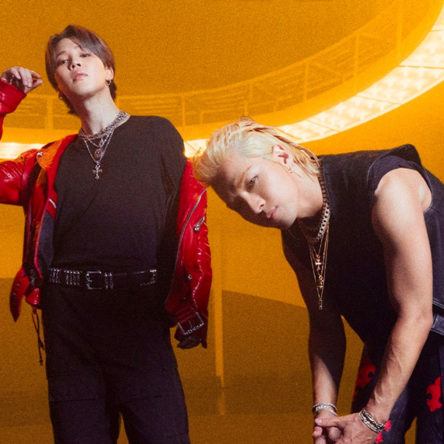 Will 2023 see a return to the golden era of second generation K-pop boy groups?