Did you look for people’s reactions online when Extraordinary Attorney Woo was airing?
To be honest, I did get curious, but I didn’t specifically search for feedback. Filming continued even after the pre-production and after each episode was aired, but I unconsciously became conscious of people’s responses. However, whether it was good or bad feedback, I can’t concentrate if I act on those comments.

Were you hurt by some of the reactions?
I didn’t think I would be. I used to think: “Why would I get hurt by comments?” But when I had to face all the gossip, I did get affected. Even if I received a hundred compliments, I’d still get hurt over one negative comment. I once saw a comment that said: “How can an actor like that get to be the male lead?” When I see comments like that, I start pressing the ‘dislike’ button. I’d rage and wonder: “Who pressed ‘like’ on this comment?!” (Laughs)

From the time we decided to do a shoot together till today, you’ve hit a million followers on Instagram. (Ed’s note: At time of publishing Vogue Singapore’s October issue, the number had reached 2.6 million). You’re not just hot, but you’re on fire. Are there any feelings of anxiety?
It’s really great, but I do get worried a lot. This might be a funny concern, but I feel embarrassed when I see videos of my cringeworthy past or lack of acting skills that I don’t ever want to see again being circulated.

In a previous interview, you said that managing your anxiety well is your strength.
I reset once I wake up. Even when I’m shocked, it won’t last a few hours. If I’m sad or angry at anyone, it goes away after a few hours or a day at most. My worries don’t last very long.

Is this an innate ability of yours?
I think I take after my mother. When I was in school, I often bickered with my mother and the next day she would always act as if nothing had happened. She’d say: “Yoonhwan (Kang’s real name), come and eat.”

Right. You’re a good son who listens to his mother, right? We hear these days you’re applying lip balm religiously because of your mother.
(Laughs) That’s right. My mother monitors my episodes thoroughly. She’s very sharp. My mother has always been a strict person. She says that people should always practise good etiquette and manners, and emphasised that we should always be modest. I even had to cut my hair once a week. When I was in kindergarten, she’d comb my hair with hair gel. She’d say: “People should show their handsome foreheads.” When I fought with my friends or messed up, she’d sternly reprimand me. I didn’t want to get scolded, so I stayed out of trouble most of the time.

Did your parents support you when you decided to be an actor?
They strongly opposed the idea. They told me to be a civil servant and live a stable life. When I was in high school, I secretly auditioned for a big agency and passed it after a single try. They then acknowledged my decision to act.

How did you feel when you acted for the first time?
Embarrassed to death? (Laughs) When I was a rookie, I made so many bloopers because I forgot my lines, and the crew had to work till late at night because of me. It was so painfully embarrassing. I wanted to hide in a hole; it was that big of a blow. Because of that trauma, to this day I try to be as thorough as I can when it comes to knowing my lines. I often have interesting experiences.

If I concentrate and immerse myself deeply into a situation, I become overwhelmed with feelings that I didn’t know I had. Once, there was a scene in a drama where my mother who had abandoned me reappeared, and I could feel all the emotions even though I haven’t experienced it before. That situation only happened because I believed in that world. When I film a romantic scene, my heart flutters. It’s the most thrilling and fascinating thing as an actor.

So, you believe in that world as if it were real.
That’s just how I am. Ultimately, it’s what the audience sees. The completeness of a production or character is important, but I believe empathy should be at the root of it. To act in a way that when the people who are watching you can empathise with you—you have to believe that it’s real. So, in a situation where a friend has died, I’d act as if my friend had really died.

“The promises you make with the person you love are very important, so I try to keep them no matter what. Faith and trust are important in relationships”

Then we are curious about how you felt when Jun-ho said: “That’s disappointing.” (Ed’s note: This became his most famous line in Extraordinary Attorney Woo.)
I was very worried about that scene. Prior to that, Jun-ho was always the one reacting to Young-woo’s (played by actress Park Eun-bin) actions. This was the first scene where he was forthcoming and approached her instead. Perhaps I was concerned that it would seem out of character for the Jun-ho who had been portrayed so far. When I said those words, I wasn’t literally disappointed. Rather, I felt good, ashamed and embarrassed. There were so many feelings and abstract emotions that couldn’t be explained in words. We tried several takes. I tried it with a smile, and I tried it again as if I was really sad.

So, what was the chosen take?
The final take. I don’t remember how I felt when I acted in that take—it was like, “Ah, heck. Let’s just go with what we’re feeling.”

Good acting is like that, after all. It happens when your actions are not calculated. In the ‘making of’ video for your kiss scene with Young-woo, the director advised you: “Don’t self-examine, because you’re doing well.” Do you objectify and become particularly strict with yourself?
Objectification is the right way to express it. If I looked at myself subjectively, I’d become narcissistic without realising it and I’d easily rationalise it. I’m afraid that I’ll feel that I’ve done well so far and that giving only much would be satisfactory. So I push myself to an extreme as much as possible and keep asking myself if I’m doing it right. I’m always sceptical when I’m filming. As such, I don’t think I’ve ever been completely satisfied.

Do you constantly feel like you’re lacking in some way?
I know my shortcomings. To keep them from being discovered, I try to make up for them as much as possible.

Tell us about your shortcomings.
I can’t tell you that. Because if I do, that’s the only thing you’ll see. (Smiles)

There’s no fun in perfection.
Exactly. There is no right answer to acting. Everyone knows that one plus one equals two, but they don’t know how ‘two’ is derived in acting. Typically, my self-examination works like this. I draw a storyboard in my head, then when I’m monitoring the scene, I check the film, the breathing and if the emotions have come out as planned. The standard is whether I’m convinced or not.

What about moments where you think, “I was pretty cool there?”
I feel more relief in those situations. If the scene turned out well, was in line with the storyboard and the response was good, I’d feel that it was a weight off my shoulders.

“When I film a romantic scene, my heart flutters. It’s the most thrilling and fascinating thing as an actor”

It seems like you believe that if something goes well, it’s because of luck and not because you did well.
I’m like that. If it went well, yes, I would’ve contributed a little bit to the success of it, but multiple factors have to be perfectly aligned for something to succeed.

What kind of person is cool to you?
A professional person. Someone who takes good care of themselves and keeps their word.

Is Kang Tae-oh a person who keeps his promises well?
I try my best to keep my promises. This is why I don’t make appointments frivolously. It’s better not to take responsibility for something you can’t commit to. Rather than keeping promises well, I think I’m more cautious about making promises. This is especially crucial in a romantic relationship. The promises you make with the person you love are very important, so I try to keep them no matter what. Faith and trust are important in relationships.

Are you straightforward about the things you dislike as well?
I beat around the bush. I’m afraid that people might be taken aback if I were to be direct. I’d say: “That’s a good method, but I think this and that would happen, so how about we do it this way?”

That’s so sweet. How has Lee Jun-ho left an imprint on Kang Tae-oh?
That I should do much better from now on, especially before I go off for military service. I mean, of course, I’ve always had the same mindset. But I’m reminded of that advice to myself again. “Kang Tae-oh, you have to do better because many people are watching you now.”

Do you think it’s a good thing you became an actor?
Of course. Acting is so much fun. The more films you accumulate, the more traces of your life you leave behind, and you can always look back at them. I love that as an actor. If I put together all the footprints that I leave behind, I’d have a record of my ageing progress.

We hear you enjoy describing people in colours. Shall we describe Kang Tae-oh’s life, from childhood to the present, in colour?
Wow, let’s do it! From kindergarten to the early years of middle school, it’s a very shiny orange. During the later years of middle and high school, the shiny orange gets toned down to grey. Maybe because of puberty? Right after my debut as an actor, I was dyed a passionate red colour, but it gradually ripened into a dark blood red. Right now, it’s a green that’s slowly turning to blue. A shade of clear blue that resembles the East Sea.

What about the colour after joining the army?
Who knows? One can shine in the military, so let’s go with a bright and brilliant gold.

This story was originally published in the September 2022 issue of GQ Korea. 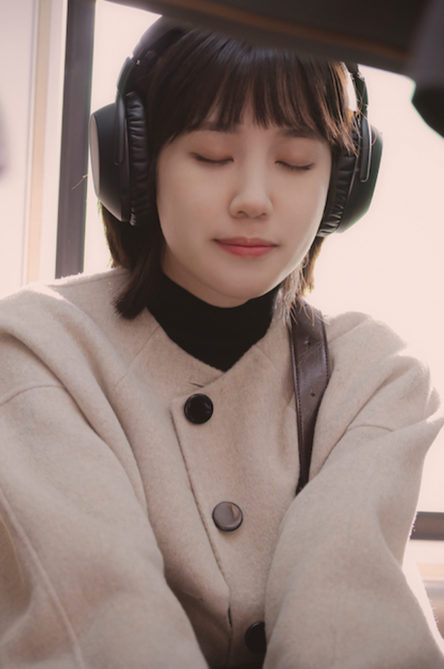 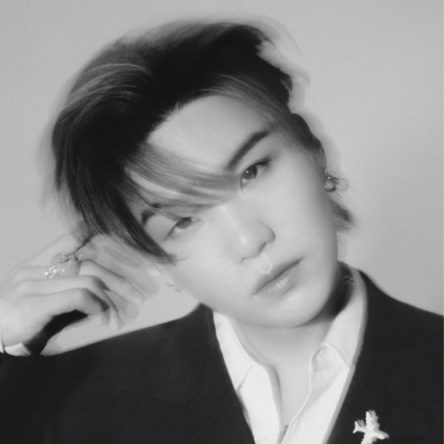