It’s taken just four years for Blackpink to become one of the biggest girl bands in the world, with members Jennie, Jisoo, Rosé and Lisa continuing to smash new records and forge new ground. They were the first K-pop girl group to play at Coachella and to reach 1bn YouTube views—now they’re the most-subscribed-to music group on the platform—as well as being the first girl group from any country to feature on Forbes Asia’s 30 Under 30 list.

In 2019, they broke three Guinness World Records with the single Kill This Love, which has had more than 312m plays on Spotify and over 824m YouTube views—a mere fraction of the quartet’s billions of streams, downloads, views and followers. That same year they also undertook the most financially successful concert tour by a Korean female group. They’re front-row fixtures at runway shows and the faces of mega brands including Chanel, Puma, Louis Vuitton and Dior. And all this with just a handful of songs in their repertoire. How on earth did they do it?

As the first girl group in seven years out of YG Entertainment (home to K-pop legends BIGBANG, 2NE1 and formerly, Psy), excitement prior to Blackpink’s August 2016 debut had built to fever pitch. There were big shoes to fill; the beloved, trailblazing four-member girl group 2NE1 were over and Blackpink were expected to revive the bold EDM pop sound they’d embodied. Their debut, Square One, was an overnight smash, the insistent build of Whistle and cocky chorus on Boombayah making for a short but thrilling introduction.

In November 2016, second single album Square Two featured a pop banger (Playing With Fire), an acoustic version of Whistle and Stay, a country-influenced track that allowed them to flex their vocal wings away from their ‘girl crush’ concept (K-pop vernacular for a fiery look and sound that’s proved immensely popular with international audiences).

Though dubbed ‘the new 2NE1’ during their rookie days, watching some of their first appearances on Korean variety shows brings into focus not only Blackpink’s chaotically entertaining presence but the determination to carve out their own identities. Vocalist Jisoo has become a face for beauty brands Kiss Me and Dior; rapper and vocalist Jennie has branched out as a soloist and a powerful influencer; New Zealand-born Rosé’s distinct vocal has seen her on hits for G-Dragon, while Thailand-born rapper and dancer Lisa is the most-followed K-pop star on Instagram.

Then, and now, they recognise the need for each other to complete the group alchemy that’s endeared them to millions. “I don’t think a specific member should do more dancing or one member does more singing. I think Blackpink’s harmony is complete because of each person’s energy,” Jennie told Vogue Korea earlier this year.

Avril, a 16-year-old Blink (Blackpink’s fandom name) from Peru discovered them in 2018. “Everything about them made me become a fan,” she tells Vogue over Twitter. “The way they perform, their iconic songs and choreos, their friendship, even the way they dress. Blackpink were on a whole new level.” Meanwhile, McElvin, a 22-year-old long-time K-pop fan in the Philippines, was on board even before their debut. “Blackpink has this engaging, charismatic feeling,” he explains via Twitter. “They’re the visualisation of pure talent and energy that a K-pop girl group must have. They’re the whole package for me.”

The longstanding vision of K-pop as a blinged-out, ultra-slick fantasy world was created by three labels—YG Entertainment, JYP Entertainment and SM Entertainment. YG is renowned for maximalist visuals and a heavy, club-friendly sound devised by in-house writer/producer Teddy Park—the man behind some of K-pop’s biggest, hookiest hits. On Blackpink’s 2018 Ddu-du-ddu-du (DDDD for short) all these elements aligned to produce an irresistible pop package.

Nineteen-year-old Ally (not her real name), a Singaporean who runs a sizeable fan account on Twitter calls DDDD “their total breakthrough”. Success lay in the catchy titular refrain, the memorable finger-gun dance and a gloriously excessive video, but also in Blackpink themselves as aspirational but emulatable, aesthetically fierce but not intimidating, killer on stage but adorable off it. The four-track EP, Square Up, would go platinum in South Korea, DDDD would reach gold in the US, becoming their first billion-view video, and Kill This Love would make them the first-ever Korean girl group to enter the UK singles chart.

These milestones came via a fandom that had grown rapidly since late 2016, but who had to wait eight months for 2017’s single As If It’s Your Last, then an entire year for its follow-up Square Up. One release per year was once standard in K-pop, when there were fewer groups fighting for a share of a small domestic market. Groups now average two or three releases (known as ‘comebacks’) a year in a bid to grow and maintain fandoms, but YG Entertainment—one of South Korea’s oldest K-pop agencies—remained unapologetically committed to less is more.

It’s not a failsafe plan—it draws constant fan criticism, petitions and boycott threats—but the old-school approach, in an era of oversaturation and instant gratification, has created heightened desire and demand. It’s turned every comeback into a global event and has funnelled the fandom’s streaming power into the kind of headline-making, spreadsheet-melting numbers that have seduced many a label executive.

Like many successful musicians, Blackpink understands the power in marrying the worlds of music and fashion. Their innate understanding of style has made them hot property, with the girls now FROW fixtures at Fashion Week. In September 2019, Jisoo popped to London for Burberry, while Rosé wowed at Saint Laurent (and was also asked by Anthony Vaccarello to be brand ambassador). Meanwhile, Jennie found herself next to Cardi B at Chanel, for whom she is also a brand ambassador.

In February 2020, Lisa—currently muse for Hedi Slimane’s Celine—took a trip to Milan for Prada’s AW20 shows. Given their proven selling power—magazines have reported needing to print quadruple copies to supply demand, their tours sell out in seconds—the relationship between the band and fashion’s leading houses will long continue to flourish.

Blackpink signed to US-based Interscope Records in late 2018, a direct play for the American market and something no South Korean girl group had tried since Girls’ Generation in 2012. Despite their skill and experience, Blackpink’s awkward, lacklustre February 2019 performances on Good Morning America and The Late Show with Stephen Colbert were widely panned. But in front of a vast, mostly K-pop-unaware audience at Coachella, the universality of the group’s songs bloomed, earning rave reviews. A high point was the rousing Kill This Love, the title single from their new EP.

Kill This Love would go UK top 40 and US top 50, making Blackpink and BTS the only South Korean pop groups to have impacted these hard-to-reach singles charts. There will always be those dismissive of K-pop for reasons such as the language barrier yet, for decades, non-Korean-speaking audiences have connected in meaningful ways to its songs, and Blackpink is no exception. “They have [tracks] that can make you sentimental, songs to boost your confidence, you can literally dance all your sadness away just listening to them,” says McElvin, while Sansi, an 18-year-old French Blink, describes their tracks via email as “a mix between sad and joyful. Blackpink puts so much love into everything they do, their energy and positive auras are so strong.”

It’s rare that the members aren’t busy, even when there isn’t a release to promote. They often turn to Instagram to communicate with their combined 128 million followers (including the main Blackpink account), and have focused on solidifying their A-list status as fashion icons (such as Jennie’s recent collaboration with luxury eyewear brand Gentle Monster), industry mentors and accidental viral queens (Lisa’s stint on survival show Youth With You and her performance video that became a Did it work? meme).

And finally, a year after their last record, the wait is almost over. There’s the forthcoming Lady Gaga collaboration, Sour Candy, on her album Chromatica, and a June comeback from the band itself. Blinks are ecstatic. “They never disappoint,” says Avril. “Their name is becoming bigger and bigger, and I couldn’t be more proud. They deserve it.” Undoubtedly the new material will be a success; there’s nowhere for the quartet to go except up.

The question might be, what exactly does this success look like? Could they eventually be the first K-pop girl group to break the west? The opportunity is there for the taking, but that means new successes must be capitalised upon and old strategies reexamined and refined. Now is the time for Blackpink to really be the revolution. 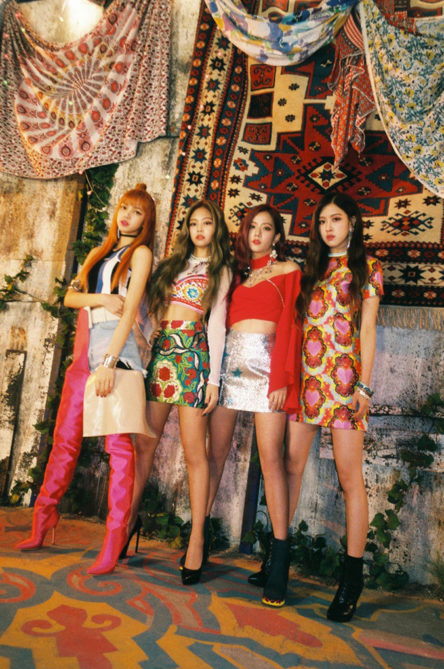 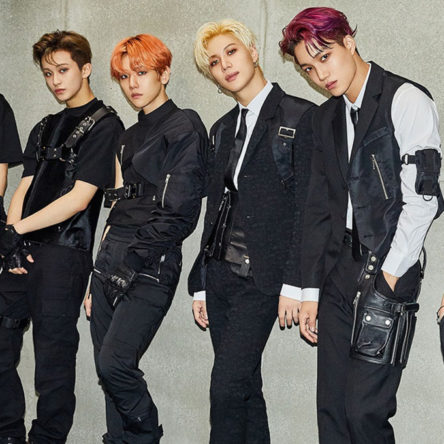 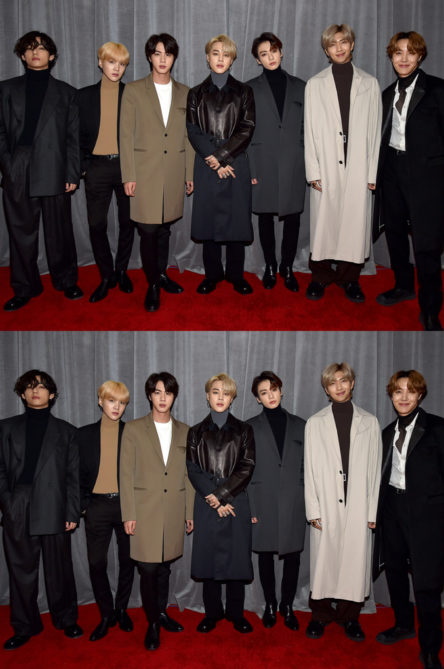