In my early teens, I was always combing for that one celebrity who could be a true inspiration. Someone compassionate, ambitious and above all, genuine. While I never did find that inimitable influence, during an extended, mid-morning chat over Zoom with the illustrious South Korean pop star Lee Chaelin (better known as CL), it dawned on me that she could have been the idol my 12-year-old self was looking for.

“We inspire girls every day,” says CL, the seriousness palpable in her voice. “That’s why we are here. When you write and when I perform, we are encouraging our younger selves.” Stripped clear of her performative exterior, CL is unexpectedly grounded. For a 29-year-old, who has been in the limelight since she was 13, that is a rare feat.

“I grew up watching MTV, but there was never any Asian female figure that I could look up to. I do want to perform and all those things, but there’s a lot of things I want to do that is connected to what I do. There’s that message I want to send across about being a woman who works and has a career—I want to be helpful for people who need me,” she reveals.

CL is taking our call from her phone, pacing around the house until she finds a suitable landing point in her bedroom. We exchange greetings in the COVID-19 age, checking in on the situation in both countries (she’s in Seoul, I’m in Singapore), before reminding each other to keep safe. Her ash-blonde hair is shorter than I’m normally used to seeing it, and she is wearing a hooded grey jacket and oversized square sunglasses. CL’s porcelain skin is poreless, and I’m having a hard time trying to keep myself from staring, completely mesmerised.

With a whopping 8.2 million followers on Instagram, CL’s influence on the K-pop world is undeniable. Known as one of the brightest K-pop stars, she debuted as part of girl group 2NE1 in 2009 when she was 18 years old, at a time when South Korean music was still finding its place globally. Despite the girls being different in styles and personalities, it made for a beautiful synergy and a journey that CL describes as “very special”.

Born in Seoul, CL spent most of her youth in Japan, where her father was a university professor, and France. I ask if being in the music industry was something she’s always wanted to do, and CL wrinkles her nose, giggling. “No! Seven-year- old CL would never have wanted to become a singer. Her only dream was to become a nun,” she deadpans, explaining quickly that she was raised Catholic. The only similarity between her convent fantasy and her life today is the thread of discipline that goes through both occupations, especially when she became a solo artist.

It wasn’t something she had planned for, CL ruminates, gazing away from the camera for a few seconds. When 2NE1 went on a two-year hiatus, she was encouraged to start a solo career in the United States, where she released a string of hit singles. Her brand—a combination of her rapping style, musical talent and edgy fashion sense—resounded with girls worldwide, and she quickly landed collaborations with G-Dragon and Black Eyed Peas. At the time of writing, CL’s debut studio album—an official run with a team she put together herself—is ready for the world early next year, which she admits has been in the making for six years

“My dream is to be able to express myself and perform in the way I want to, and to have the freedom to be able to connect with my fans”

Her message is clear: all the songs in her new album are a true reflection of who she is. “I wanted everything to be very CL,” she says, running her fingers through her hair. “There’s not a lot of CL songs or videos out there and I wanted to make sure I give that to my fans, who have been waiting for a long time. It was also about defining my identity.”

Ahead of her album drop, CL has released double singles, titled ‘HWA’ and ‘5 Star’. The former, which is a song about her individuality, plays on the word ‘hwa’, which has different meanings in Mandarin and Korean, including fire, wealth, flower and change. “There’s also a traditional Korean hide and seek riddle in the song,” CL says. “Lots of underlying messages with the core message going back to ‘all eyes on me’.”

It is evident that CL wants to peel back the layers to reveal a girl who has been shrouded under an image she is meant to portray. CL continues, her voice rising: “I communicate with people best through my songs. My dream is to be able to express myself and perform in the way I want to, and to have the freedom to be able to connect with my fans.”

When CL is on stage, the earth disappears beneath her. With every shimmy, coy smile and flip of her head, she exudes an electrifying confidence, one that translates down to her adoring audience. From her signature winged eyeliner to her edgy, skin-baring outfits, CL is star-studded perfection, and has been for most of her life.

“I’ve never experienced anything else,” CL confesses, when I venture into the topic of the innate pressures that come with being a celebrity. “If I started when I was 20 years old, perhaps I would have known how it is like to be at school. But this has been my life for as long as I can remember.”

“I think everyone in life feels pressure,” she continues, cupping her sharp jawline with her hand. “I’ve learnt that you do need to balance it out and take a break. That’s what I’ve tried to do better in the last two years; spend a day doing nothing without the next day planned.”

CL’s biggest support is her grandmother, whose home Vogue Singapore is shooting at for this story, and the first time CL has been photographed there for any publication. “My grandma gives the best advice when it comes to being yourself and to keep going,” she says with a grin. “I’m like, ‘I’m going through hell right now,’ and she’s like ‘No, no, you’ve got this.’ To her, it’s nothing.”

Her weekends are typically spent at her grandmother’s house, where she initiates Sunday dinners with the entire family. I ask if she also prepares dinner and CL flips her head back with a guffaw. “No! I can’t cook. I organise it but my grandma cooks. I swear, she likes it.”

Family is everything, and for CL, this certainly rings true. She attributes a part of her success to her liberal parents, who let her be and figure out her triumphs and failures for herself through her growing up years. CL expresses how blessed she is more than once, when she speaks of them and her younger sister, whom she considers her best friend.

The modest sensibility that accompanies one of South Korea’s most recognisable faces is remarkable, and at this juncture, I don’t bat an eyelid when CL tells me she is a hopeless romantic. “I don’t think I’ve ever been on a proper date,” she says, pursing her lips. “I hear all these things from my friends—some married, some engaged—and I hope I get to experience this. I love romantic comedies.”

We pause for a drink of water, and I gently inform CL that dating is primarily app-based these days and there are far fewer instances of people meeting through mutual friends. “They don’t meet through friends?” she gasps incredulously. I can’t see her eyes through her sunglasses, but I’m convinced they are widened at this point.

Her voice trails off before she composes herself after this piece of breaking news. “I just want to meet someone at a grocery store, you know, choosing apples.”

“I just want to meet someone at a grocery store, you know, choosing apples”

The light in CL’s room has faded, and it does feel as if we have chatted from day to night, trading tales on love and life. CL has calmed down after I encourage her to believe in her own love story—because if there is anyone who should experience old-school sparks that later fan into an undying romance, it is her. In many respects, she is just like another young adult, but her uncanny ability to view her life as a unique experience is one that takes her beyond her years.

While she has been the subject of criticism for her fluctuating weight in the past, CL believes the different shapes we take on is “natural and beautiful”. “You can’t always be happy; you can’t always have the best moments,” she muses. “There is beauty in going through the waves of life, and being honest and comfortable in your own skin. I feel blessed to have gone through that—whether it is fashion, beauty or career wise—because I can now empathise with people.”

That she can, because CL’s capacity for understanding herself and her role as a K-pop singer is immense. It is what makes her extraordinary to any 50-year-old or 12-year-old looking for guidance. “As a performer and as a singer, I can connect to a lot more people because I have those moments,” she says. “I believe in being natural. I think it’s about living your life and not caring what other people think.” 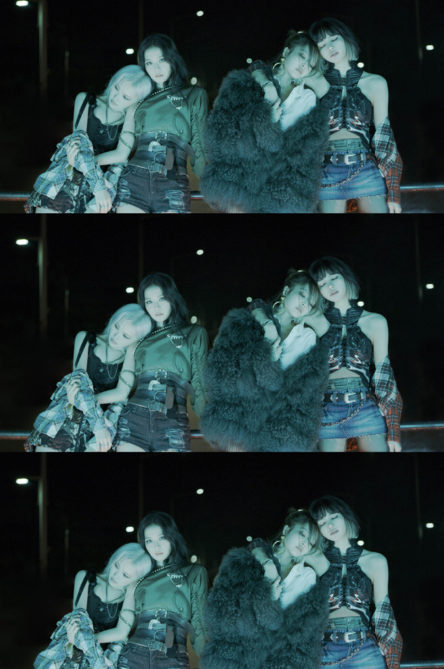