Trained as an architect and botanical designer by trade, John Lim of award-winning studio This Humid House is no stranger to breaking norms. For one, he isn’t your average, run-of-the-mill florist. Instead, Lim and his team at This Humid House work with a wide variety of organic matter—think moss, rocks and oversized fern, to create spectacular and one-of-a-kind installations that have catapulted the firm to its status as one of the most sought after design studios in town.

It is no secret that sustainability plays a huge role in the ethos of This Humid House. There are no chemical pesticides to be found at the studio and the bulk of their materials are sourced from their very own in-house garden. Beyond that, Lim believes that it is the studio’s unflinching desire to celebrate our local heritage that drives their sustainable practices. “The founding of the studio is really about looking at what is right here, right now and doing something with it,” he explains. “We don’t have to import this idea of a rustic English countryside and have that as the paragon of natural expression. There is plenty around us that is worth celebrating.”

“There is plenty around us that is worth celebrating”

What does identity and representation mean to you?
I grew up overseas, went to school overseas, and even worked overseas. But I still identify as a Singaporean and there is this pride that people have surrounding their culture and where they came from. What we’ve been doing with This Humid House is to open up conversations about identity and heritage. We are so fiercely proud of our food culture but what of our living materials? Why are they not as equally celebrated and recognised?

I think fundamentally we really want to question our identity and celebrate the materials around us. But beyond that we also hope to provoke thought and interest in the nature around us. I’m not saying that we shouldn’t take inspiration from elsewhere—say further East or Europe, but I want Singaporeans to consider that there is a whole world around us waiting to be utilised and explored.

Back to Forms of Want, what was the creative process behind this piece?
As a botanical design studio, we use living media in our line of work, and we qualify this as something that once had life in it. It doesn’t necessarily have to be living now; we use preserved and dried media and we have also extended this term to include natural, non-animal materials like wood, rocks and stones. And in particular, we use rocks a lot because there is a kind of agency between rock formations and the shapes of nature.

We are also currently setting up our branch studio in Paris and Françoise, my Co-Creative Director was sending me photos of the wrapping of the Arc de Triomphe there. The concept behind the piece was so provocative–wrapping something to preserve them for posterity, and in a way, it also tied so well back to the theme of Eternity.

Could you elaborate a bit more on how that related back to the finished product in Forms of Want?
For Christo and Jeanne-Claude, the artists who wrapped the Arc de Triomphe in Paris, their goal was to appropriate everyday objects and deprive them of their function. And beyond that, there is also this idea of putting these objects under wraps to preserve them permanently for posterity.

As for Forms of Want, the piece we’ve created for Vogue Singapore, what we’ve done is to take rocks–which are there to keep things grounded and weighted, and elevate them, depriving them of their purpose, if you will. And we’ve used these banana stems to further restrain them to impart a kind of tortured form, almost as though it is embodying the moaning and groaning of the earth.

You weren’t always a botanical designer. What prompted you to switch careers and open This Humid House?
I was back in Singapore for my brother’s wedding and I was looking around and thinking that I didn’t particularly like what was out there. It seemed rather arbitrary that we had to appropriate the kinds of designs and flowers from others for something that is so personal and intimate to us. I simply couldn’t identify with it and I was so pleasantly surprised to learn that I wasn’t the only one who felt that way. And in a way, that has really been such a blessing for us at This Humid House. It took a bit of time, but our clients quickly caught on like, “Oh, I see what you are doing,” and they have been so encouraging in letting us work out what we want to represent and stand for.

That’s wonderful. Is there anything here that you have taken away from this whole experience?
Absolutely. We are already pretty confident in the work that we do as a botanical design studio. And what I would say is that this piece really further challenged our perception of what our work could look like. We used only three materials–rocks, moss and banana stems, and something we are proud of is how these are all natural materials. Even in using moss–it’s challenging the traditional idea of what a plant looks like. In some ways, it reaffirms the competence we have in our work and in using natural materials that are unexpected as well. 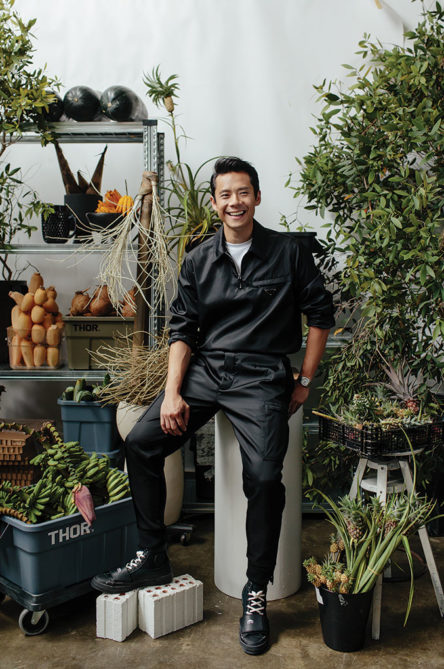 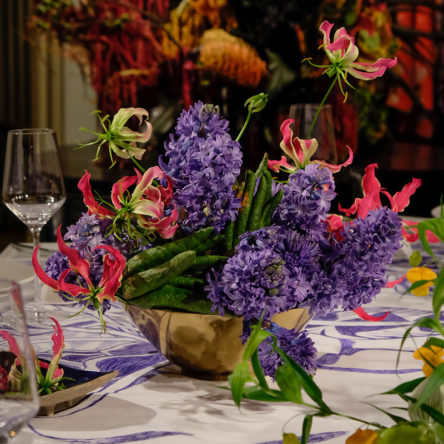 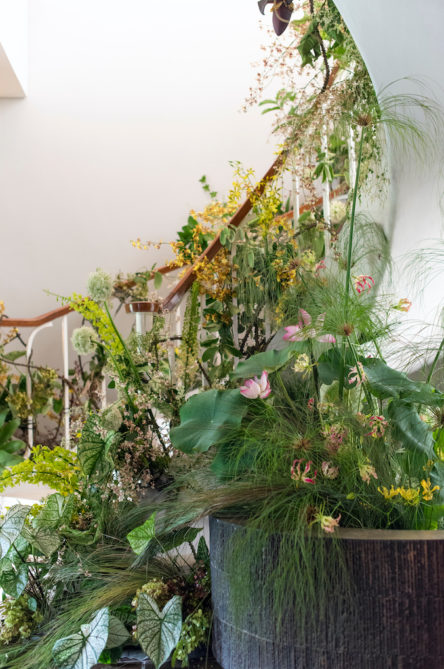 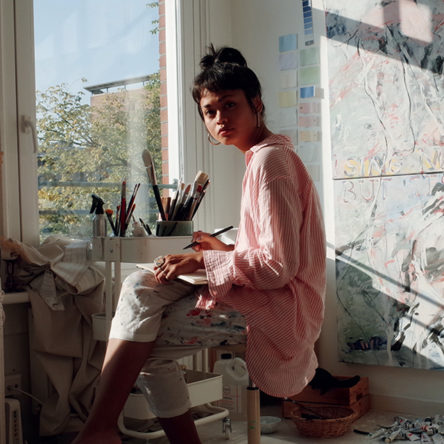 “I sing my song but it’s all for you”: Vogue artist-in-residence Natisa Jones contemplates the theme ‘Dreamers’