British Vogue has begun 2021 with a disco-infused bang, thanks to Dua Lipa. The 25-year-old superstar covers the magazine’s February issue wearing Giorgio Armani—reminiscent of Linda Evangelista in the 1980s and 1990s—photographed by Emma Summerton and styled by British Vogue contributing fashion director, Kate Phelan.

In an interview that discusses Lipa’s rise to global success during a catastrophic year for the industry, the chameleon pop sensation sat down, via Zoom, for a must-read story with journalist and author, Yomi Adegoke.

From how she tackles social media etiquette with boyfriend Anwar Hadid to (potentially) starting her own fashion label and overcoming gender-based challenges in the music industry, this is everything we learned about Dua Lipa from British Vogue’s supermodel-inspired February cover interview.

“I thought that writing happy songs would turn into cheesy songs. I had to fight that because I was like, ‘I am happy. I deserve to be happy.’ I should be able to write about that without the fear of feeling like I’m compromising my authenticity because I’m not crying about something or someone.”

2. She takes a delicate approach to projecting Instagram couple goals with her boyfriend, Anwar Hadid

“We have all these incredible memories and experiences, and if there’s something that we want to share together, then OK, that’s fun. But at the same time, we’re quite private—we’ll only show you as much as we want you to see.”

3. She keeps it real when it comes to those closest to her

“My job doesn’t define my circle, and that makes a world of difference.”

4. She understands the struggle of being a woman in the music industry

“It’s a lot harder to solidify yourself as an individual.”

5. After the Lipa family fled Kosovo for London in 1992, where the singer was born three years later, it gave them a unique perspective on refugee status

6. Fingers crossed—Lipa’s own fashion label might be on the cards

“At the moment, my focus is music, but I want to be able to branch out and do something else. I would love to start a brand at some point, even if I start off really small. I have to take it in baby steps.”

7. She is no stranger to the curse of professional burnout

“In a perfect world, we wouldn’t have to prove ourselves so much to the point that maybe we run ourselves into the ground of being like, ‘I must be heard.’ But that is the world we’re in right now.”

8. But where there’s Lipa’s will, there’s always a way 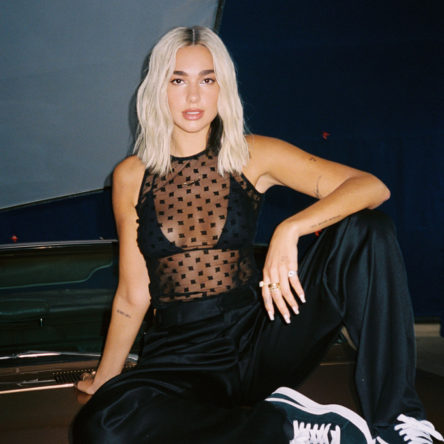 Next-up on Dua Lipa’s jam-packed 2020 schedule? A collaboration with Puma