The most anticipated hotels of 2022 can’t be categorised by a single location, design style, or even star designation (while some love a grand five-star resort, others love an intimate boutique hotel—to each traveller, their own). The one commonality, however? They’re all, well, cool.

Perhaps it’s their interiors that set them apart: New York’s Fifth Avenue Hotel, for example, will have a lavish, jewel-tone design scheme by Martin Brudnizki (of Annabel’s fame). Perhaps it’s their culinary chops: Maybourne Riviera on the Cote d’Azur will have a restaurant by Mauro Colagreco, Jean-Georges Vongerichten, and sushi chef Hiro Sato. Or perhaps it’s because they’re pushing haute hospitality forward: Habitas Santa Teresa in Costa Rica will be a completely sustainable resort… that also offers hydrofoils.

Below, read about 26 buzzy new hotel openings across the globe—and prepare to experience some serious wanderlust.

In a former McKim, Mead & White designed bank on 28th and Fifth will be the Fifth Avenue Hotel, designed by famed interior designer Martin Brudnizki. Rooms will be adorned with murano glass chandeliers and jewel-tone furniture, while common spaces will feature a wide variety of art from blue chip galleries and Parisian flea markets. The ballroom, with views of Madison Square Park, is bound to be an event space for the ages.

This year, the Aman is set to open on 57th Street in the Crown Building. It’s a new life for the landmark—built by the same architects as Grand Central Terminal and the Hemsley building—which turned 100 in 2021.

The rooms at the Aman are set to be stark yet spectacular: there’s a reason that the brand, with its Asian-Scandanavian minimalist sensibilities, is a haven for well-heeled—and often celebrity—travellers. But it will still have a dash of New York energy: there’s a jazz club, and each room will have a functioning fireplace.

On the grounds of the 2,500-acre Chapin Estate will be Chatwal Lodge, a sprawling property that features 10 suites across Adirondack-style buildings, all with views of the Toronto Reservoir lake. It’s just the latest upscale resort to arrive in Upstate New York, which is seeing a resurgence of luxury resorts as of late.

Soho House sets its sights upon the Music City this February, opening a new club and hotel inside the former ​​May Hosiery Company factory. (May Hosiery, by the way, once made socks that astronauts wore to the moon.) Their 47 bedrooms will feature Soho Home furniture, as well as pieces made by local artisans.

On a bucolic 712-acre Napa Valley vineyard is Stanly Ranch, Auberge Resort’s new property in the California wine region that boasts expansive views of the Mayacama Mountains. It’s meant to be a culinary retreat—in addition to the wine made from the property, there’s also a working cattle ranch and a high-end restaurant—as well as a wellness one: Their spa and fitness centre will offer everything from energy healing, to sports science, to IV infusions.

Lifehouse will transform a 1970s-era Berkshires lodge into a design-forward nature retreat with a library lounge, outdoor fire pit, cocktail club, and restaurant. On their aesthetic moodboard? The many authors that frequented Lenox over the last century, from Herman Melville to Fanny Kemble. Rooms will have secretary-style writing desks, and wire artwork meant to evoke the inside of a typewriter.

Soho House will open a 34-bedroom retreat in West Hollywood—near their buzzing Sunset Boulevard club—this spring. Expect well-appointed interiors saturated in dusty sunset tones, rooftops with views of the Hollywood Hills, and a greenery-filled courtyard perfect for sipping everything from cocktails to matcha.

AD100 designer Shawn Henderson and Coast Architects designed the Rock House, a five-star cliffside resort in Turks & Caicos set to open this winter. The beach club, modelled after the buzzy, social ones of Europe, will also have the largest infinity pool on the island.

From the same parent company as London’s iconic Claridge’s comes Maybourne Riviera, a Côte d’Azur hotel with sprawling views of the Mediterranean and not one, not two, but three world class restaurants. (One is by Mauro Colagreco of best-restaurant-in-the world Mirazur, another by Jean-Georges Vongerichten, and a third by sushi chef Hiro Sato.) The interior design will be an aesthetic adventure: instead of picking one singular style, the hotel will feature one-of-a-kind spaces created by Andre Fu, Bryan O’Sullivan Studio, Marcelo Joulia, Pierre Yovanovitch, Pascal Goujon and Rigby & Rigby, as well as their in-house design team led by Michelle Wu.

This summer, the Rosewood will turn the centuries-old former headquarters for Erste Group Bank in Vienna’s Old Town into a five-star hotel. With 99 guestrooms, a spa, a rooftop bar and a garden restaurant, expect it to attract Viennese locals and visitors alike.

On its own private beach is Cali Mykonos, a new Cycladic getaway that will comprise of 40 luxury villas all with private pools, patios, and views of the Aegan. Take a dip in the irresistible main pool, or, if you wish, call upon the hotel’s fleet of yachts and speed boats for a tour to a remote island.

Oetker Collection, the same hospitality group that runs the legendary Hotel du Cap, sets its sights upon a new European summertime hotspot this spring: Capri. They will revive the historic Hotel La Palma—the oldest hotel on the island—into a 50-room hotel complete with its own beach club, restaurant, pool deck, spa, and boutiques.

Italian’s famed De Santis hotelier family will turn an 18th century property formerly owned by Count Andrea Luccini-Passalacqua into a 24-room boutique hotel. To get a sense of its grandeur: one suite, billed to be the largest on Lake Como, features a double height balustraded music room where Bellini composed La Sonnambula in 1831. It will act as a sister property to the iconic Grand Hotel Tremezzo.

Opening near Madrid’s Puerta de Sol is a new outpost of the Edition, which will have 200 rooms and five food and beverage concepts. Guests can enjoy their outdoor pool and spa, while locals can utilise their over 3,700 square feet of studio space.

The Standard sets its sights on Ibiza’s UNESCO heritage-declared Old Town, opening a 67-room hotel on Vara de Rey. It’s set to have a rooftop restaurant and bar, an expansive swimming pool, and (since this is the Standard we are talking about), a lively social scene. Plus, you’ll be smack dab in the beautiful, bustling, beachy heart of the island.

“La Zambra” is a type of flamenco dance—so it should surprise no one that a new Costa de Sol hotel that borrows the term for its name aims to be quite fun-loving. There’s to be three swimming pools, two tennis courts, two paddle courts, a gym, a spa, and—you guessed it—a nightclub. La Zambra opens in what previously was called the Hotel Byblos, which in its heyday attracted the likes of Princess Diana and the Rolling Stones.

In an 18th century residence once owned by Italian nobility is Palazzo Roma, a luxurious new hotel whose original frescos, stuccos, and gilded decorations are to be painstakingly restored. It’s a short walk from Via del Croso and a mere 20 steps from the Trevi—although guests may not want to leave its ornate halls.

It’s a homecoming for Bulgari, which in 2022 will open a hotel in the very city it was founded in. Bulgari Rome, located in Rome’s Campo Marzio neighborhood, will have views of two iconic Rome landmarks—Ara Pacis and the Mausoleum of Augustus.

Following their European properties in London and Ibiza, cutting edge wellness hospitality group Six Senses sets its sights on Rome. The hotel, designed by Patricia Urquiola—an architect and designer beloved by the fashion world—will be, as the Six Senses puts it, “a quiet and colorful oasis.”

In their new spot on the Glyfada seafront, One&Only aims to create a return to 1960s and 1970s Grecian glamour with what they describe as a “hybrid city resort.” What does that mean, exactly? Think: A more than 65-acre property, with bungalows and a beach club, that’s still near the hustle and bustle of historic Athens.

Opening on Grosvenor Square in London’s Mayfair neighborhood is The Twenty Two, a 31-bedroom property with a restaurant and a private members club. The interiors, according to the hotel, will be done in an “opulent yet welcoming style.”

Trancoso, Brazil—one of the most beautiful beaches in the world—gets a new luxury resort this winter with Fasano Trancoso. Spread over 700 acres on Itapororoca, the hotel is designed by famed Brazilian architect Isay Weinfeld and will have over 1,600 feet of shoreline.

Habitas, a hotel group known for its modish, millennial-geared hotels in trending locations, sets its sights on a new locale: Santa Teresa. Their eco-conscious retreat in the surfing hotspot will be tucked away in a beachfront jungle on the Nicoya Peninsula, and will include a spa, restaurant, pool, and sunken firepit. The activities offered are adventurous and cutting edge: think hydrofoiling, ATV “surfaris” and underwater volcano snorkelling.

Opening in the Nambiti reserve—home to 50 species of wildlife—is the new eco-luxury lodge The Homestead. Small in scale—there’s only 12 suites—yet set upon over 23,000 acres of wilderness, The Homestead will offer everything from tailored game drives to cooking classes and birding adventures. 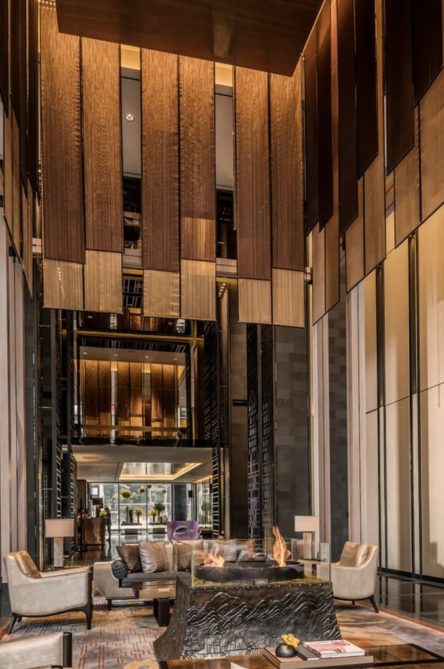 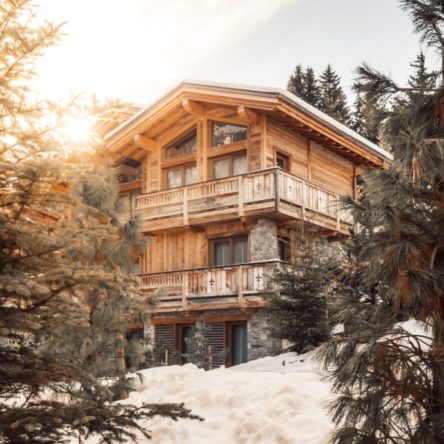 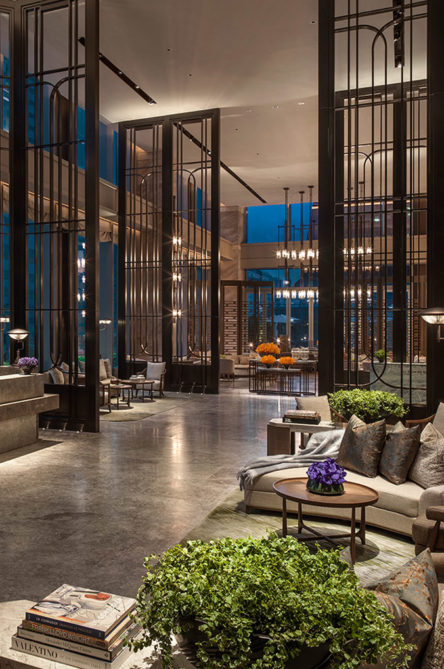 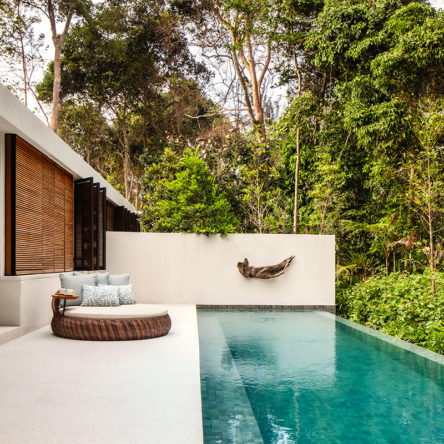